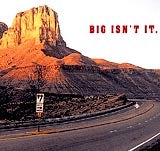 Plans for a Europe-wide ban on tobacco advertising suffered a setback this week after the European Parliament’s legal affairs committee questioned the legal basis for the proposed directive.

Committee members argued that the directive does not fall under the remit of the Parliament because it concerns public health rather than European harmonisation.

The legal basis for the previous directive to ban tobacco advertising was questioned by the Parliament’s public health committee and was this year annulled by the European Court of Justice following a legal challenge by tobacco companies.

The legal affairs committee also questioned the legal basis for the Directive on Tobacco Control, which would ban terms such as “light” and “mild”. It, too, is facing a legal challenge from tobacco companies.

A full session of Parliament is expected to discuss the advertising directive in March.

Action on Smoking and Health public affairs manager John Connolly says: “From our point of view it’s pretty awful news. This shows the need for a treaty change to allow directives such as this to be part of the EU’s remit.”