The Hours is a music company, which includes a record label that distributes through Universal worldwide, as well as a creative music production and consultancy platform for brands. Euro RSCG has owned it since July 2008, when it took a 51% stake in the venture, creating a new business model.

The Hours London will be part of the Euro RSCG UK Group’s EHS Brann 4D agency on Briset Street and will be led by Anouchka Bala, 4D’s managing director. It will also work closely with Euro RSCG’s luxury advertising agency, Euro RSCG Luxe.

David Jones, global chief executive of Havas Worldwide and Euro RSCG Worldwide, says: “The music and communications industries have both gone through dramatic revolutions as digital technology has made CDs and 30-second TV commercials less and less relevant. The success of The Hours is proof that this new decade will belong to those companies that understand both the world of music and the world of brands and that can leverage the power of digital content – the London launch is the next exciting phase in The Hours global expansion.”

Alexandre Sap, chief executive of The Hours, adds: “The Hours illustrates how the music and advertising industries are increasingly rubbing shoulders, seeking to develop new business models, along with new sources of revenue and exposure.”

According to research by rival music marketing agency Frukt, brands are increasingly becoming an “intrinsic part” of the music industry and their involvement is a driving factor in purchase decisions.

The direct mail industry needs to do more to reduce the impact of unwanted “junk” mail on the environment, according to MPs.

The Co-operative Group is to merge its existing buying and marketing teams in its food business under a single leadership and axe the role of director of food marketing. 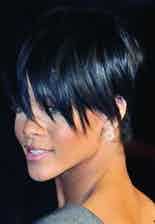 Wyclef Jean, Bruce Springsteen, Justin Timberlake and Rihanna are among stars to perform at a global benefit for victims of the earthquake in Haiti.