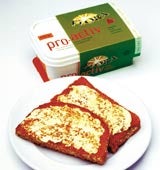 It used to be a simple apple a day that kept the doctor away, but these days the shelves are laden with food products containing added ingredients that, their manufacturers claim, help keep ill-health at bay.

But with concerns about food safety and diet at an all-time high, it is no wonder the functional food category is faced with regulation over the type of health claims it makes. The European Regulation on Nutrition and Health Claims, which aims to restrict certain claims and to ensure others are scientifically proven, is in the final stages of debate before being made law across the European Union.

Functional food manufacturers, aware that the directive has the potential to mould the development of their industry, have through the Food and Drink Federation (FDF) set up the Lifestyle and Dietary Trends (LDT) Industry Group to make their voice heard on key issues (MW last week). The FDF says the aim of the group, which has ten launch members, is to act as a forum to help members keep up to date with trends, to share information on key research and product developments and to promote wider industry discussion and debate about the sector.

But some observers see the new body as nothing more than a lobby group, launched to coincide with the finalisation of the regulations and their implementation during the UK’s forthcoming presidency of the European Union. Former Marks &amp; Spencer food buyer Rob Seary, who launched a number of functional food products for the retailer, says: “The cynical perspective would be that it is just a back door to getting the ear of government.”

Although estimates of the value of the functional food market vary from &£825m (Mintel) to &£1.2bn (IGD), there is consensus that it is growing and will continue to do so as scientific research and product development become increasingly sophisticated. The market has a wide range of products including pro-biotic (bacteria-containing) and cholesterol-reducing dairy products, pro- and pre-biotic (bacterial growth-promoting) cereals, juices with added calcium and fibre and a number of other items with added antioxidants and Omega-3 oils. A number of major food manufacturers, such as Nestlé

and Danone – which are members of the LDT group – and Unilever Foods UK, already have a presence in this market.

The EU’s plans to regulate nutrition and health claims were first introduced in July 2003, with the aim of fostering consistency across the continent. The proposed regulations, which stipulate that all health claims must be scientifically proven, will affect all food categories, but functional foods in particular will feel their impact.

Which? campaign team leader Miranda Watson says: “At present there is no requirement for manufacturers to prove the claims that they make, so they can say any number of things. It means that consumers do not know what they are purchasing.”

Some manufacturers in the UK are members of the Joint Health Claims Initiative, a body which has drawn up a voluntary code of practice to ensure that claims made about food products are scientifically proven and legally acceptable. Trading Standards officers are also responsible for health claims on food and will investigate any claims that they believe to be untrue.

Seary, who is now a senior recruitment consultant at Nigel Wright Consultants, points out that few manufacturers would want to jeopardise their reputations by making false claims. He says: “Food is a hot topic at the moment and retailers are trying to get the message out that they care for consumers, so few companies would risk making false health claims.”

The proposed European regulations not only stipulate that all claims must be scientifically verifiable, they also ban psychological and behavioural claims, as well as more general espousals of non-specific benefits relating to good health or wellbeing, such as references to refreshing body and soul or restoring natural balance. There is also a ban on endorsements by charities or the medical profession. An existing ban on claims about prevention, treatment and cure will be retained, although claims that a product could reduce a particular disease risk will be permitted.

The EU also proposes that scientific verification of claims will have to be established through a formal procedure ahead of any product launch. It is proposed that the new system will be supported by a register of approved claims, a generic list of well-established and scientifically approved claims and quantitative criteria for nutrition claims, such as nutrient profiling.

But last week, the European Parliament’s Environment Committee, one of three bodies that is looking at the regulations, voted against a number of the proposals including one that would force manufacturers to obtain prior approval for health claims. Instead, it opted for a voluntary notification scheme. It also voted against plans to ban implied health claims. But more importantly, it voted against nutrient profiling. This comes just weeks after the European Parliament’s Industry Committee and the Internal Market Committee also voted against profiling, delivering a blow to the introduction of new nutrition-labelling systems such as the traffic light scheme (MW March 24). At the end of May, the European Parliament will vote on the final form of the regulations, which will then be implemented by the European Commission during the UK’s presidency of the EU. Watson says that nutrient profiling is crucial to this debate as it makes it clear exactly how healthy any product is. The system would also prevent manufacturers adding functional benefits to products with high sugar, fat or salt content, he says.

While Which? is planning to lobby for these amendments to be reinstated, the LDT group is expected to lobby to keep them out.

John Bevington, chairman of global food research and consultancy group Leatherhead Food International, which already has a Wellbeing and Functional Foods Forum, points out that if the regulations end up being too prescriptive they will act as a barrier to smaller manufacturers entering the functional foods category. Bevington, a former Unilever marketer and general manager, adds: “The new regulations could make it difficult for anyone other than the big boys to have claims approved.”

In the long term, the regulations could also become a barrier to innovation and new product development, says Rimi Obra, a nutritionist with freelance food consultancy Purely Nutrition.

Whatever the outcome, a great deal is at stake for functional food manufacturers. In the short term, the regulations will be at the top of their agendas.

As any fule kno, it’s important to feel valued. Many companies try to make their employees feel part of the team, perhaps by paying them bonuses, giving them extra time off, praising them in front of the whole company or even just buying them pizza from time to time. The Marketing Store, however, has its […]

Autobytel, the internet car retailer, is reviewing its media planning and buying account. It is not known whether incumbent agency MediaVest Manchester is planning to repitch. It is understood that the online retailer plans to boost its media spend as part of the review, which is being handled by the AAR. It currently advertises online […]

Lloyds TSB is linking up with American Express to launch an upmarket reward-based credit card on the Amex network in the UK. The card, which will be launched in June, will be Lloyds TSB-branded and offer a retail-based reward scheme as well as American Express deals and benefits.