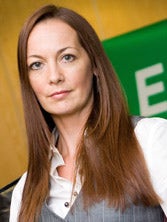 Europcar UK Group has appointed Catriona Lougher as its first consumer marketing director, charged with heading a multi-million pound relaunch of Europcar into the UK leisure market. She has come from Premier Inn where she was head of marketing.

The position was created following Europcar’s acquisition of National Car Rental and Alamo Rent A Car last year. Lougher will work directly with the company’s new advertising agency which is expected to be appointed imminently.

Last year Europcar began reviewing its £10m pan-European advertising account, with the company thought to have shortlisted a number of network agencies to vie for the business (MW October 4).

Her remit is to establish the brand as the UK market leader of car and van rental following.

Lougher says the company is in a good position to capitalise on the changing attitudes to car use and car ownership. “The cost of fuel, parking and maintenance are all reasons why a growing number of drivers are opting to rent as a more convenient and cost effective way to get from A to B. We will also be looking at vans and flexible services for weekend and short-term rentals,” she says.

In her previous role as head of marketing at Premier Inn Lougher was responsible for the brand relaunch in 2007, including the current TV and press campaign. Prior to this she held senior brand and marketing roles at TGI Friday’s, Premier Lodge, Currys, PC World, Vauxhall Motors and Barclaycard.