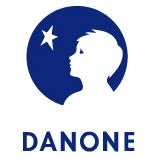 Recent events in France, following Danone’s announcement that plans to rationalise its business will necessitate the closure of certain manufacturing facilities, show how quickly public sentiment can turn against a previously well-regarded company.

To this day, Danone’s website proclaims that it is “the preferred brand of the French people”, a fact echoed in a recently published survey by the brand consultancy Geodys, for which fieldwork was conducted last year. More up-to-date research from Ipsos, however, shows the difference between the proportion of respondents believing Danone’s corporate image to be “good”, compared with those who perceive its image to be “bad”, to have slid from an index figure of +78 to one of -32 over the first three months of this year alone.

For Danone’s marketers it appears that whatever the degree of trust and confidence the company has built up over the years, its biggest fault now is simply that – in the eyes of its critics – it has become too big and insensitive. Ironic, then, that it is soon to face renewed competition from a smaller rival, Chambourcy, which has been through its own big-company woes in recent years.

Chambourcy was bought by Nestlé in 1986 with the intention of using the company’s brand heritage to attack Danone head on in its home market. But by the mid-Nineties the name Chambourcy had been supplanted by Nestlé branding on all yogurt products and relegated to a supporting role on certain desserts. Then, in 1997, Nestlé decided to abandon its assault on its bigger rivals and to close its Cardon-Blanc dairy production facilities. The decision led to protests from unions and the public alike, similar to those Danone faces now, and marked the effective disappearance of the Chambourcy brand from mainstream retail distribution.

If asked to list the top global marketing companies, the chances are most of us would include Nestlé in our selection. The Swiss-based company is a shrewd and organised operator with a carefully structured brand architecture comprising “global”, “regional” and “local” brands.

One might have imagined, therefore, that in Nestlé, Chambourcy had found the perfect owner – one that knew the power of brands and which possessed sufficient market muscle to support and build its franchise. In Chambourcy, it owned a brand of such saliency that – as recently as December 1999, and despite the brand having received no advertising support for three years – 90 per cent of French shoppers showed spontaneous awareness of its name.

Alas, it was not to be. In 1998, the Chambourcy brand was sold to Jean-Luc Aubagnac, who agreed to supply certain products to Nestlé and to supermarkets while sitting out a period of non-competition in core dairy markets such as yogurt. Eight months from now, however, as Aubagnac told the business newspaper “La Tribune” recently: “Chambourcy will be all ours, in 88 countries!” As one brand consultant commented in the same article, Aubagnac’s deal may yet turn out to be the “sale of the century”.