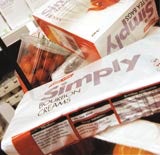 The European Parliament has delivered a final blow to nutrient profiling after voting against including it in the proposed legislation for health and nutrition claims.

The decision to abandon the scheme in its current form, which was predicted in Marketing Week last month, follows concerns that nutrient profiling would lead to too many health claims being banned.

The introduction of nutrient profiling has been a contentious issue in recent months and has already been rejected by the European Parliament’s Industry Committee (MW March 24), Environment Committee and the Internal Market Committee (MW April 28).

The decision has been slammed by consumer group Which?. Michelle Smythe, a public affairs spokeswoman for Which?, says the legislation is “not worth the paper that it is written on”. She adds: “MEPs have denied British people a system of ensuring that health claims made on food will deliver the benefits they promise.”

The Food Standards Agency is still looking at nutrient profiling as part of its review of labelling and also on behalf of broadcasting regulator Ofcom, which is investigating the issue of advertising to children.

The Food and Drink Federation, the group which represents food manufacturers, has welcomed the move to delete nutrient profiling because it believes that foods should not be “arbitrarily categorised as healthy of unhealthy”.