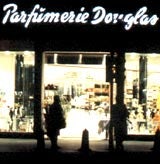 “Kundenbetreuung”, “PreisnachlÃÂ¤sse”, “Sondergen ehmigungen”. However good your knowledge of the German language may be, these phrases (meaning, respectively, “customer relationship management”, “discounts” and “special conditions”) herald a revolution shortly to take place in Germany’s consumer goods and services industries – one which UK marketers may be well placed to exploit.

The German government’s decision last December to abolish, by the middle of this year, legislation preventing companies from offering discounts greater than three per cent on the sale of goods or services, opens the door to a range of possibilities that have been taken for granted by marketers in other countries (MW January 11). Germans have been denied these promotional tools since the introduction of the Rabattgesetz (sales law) in the Thirties, which imposed strict conditions on manufacturers and retailers with the aim of maintaining fair competition.

Though subject to the law, in reality, smart German marketers have long since found ways of circumventing it. Car companies, for example, would habitually invoice new cars sold at a discount as “second-hand”. Nevertheless, the legislation remained a handicap to German companies seeking to compete with foreign suppliers – to whom no such restriction applied – and to foreign suppliers who sought to enter Germany with competitive price deals, special offers or attractive contract terms. Lands’ End, for example, the catalogue marketer, fell foul of the law in 1996 when it sought to extend its 100 per cent, money-back guarantee to Germany.

With growth in international trade, pressure for a change in the law had been increasing. However, the coming of the Internet age has made the case for change more urgent. According to European Community rules, companies offering goods or services over the Net are subject to the rules of the country in which the message originated, not of that in which it is received.

Thus, from later this year, companies marketing in Germany will have a greatly increased range of options available to them. Already, outsiders such as Cendant, the US-based specialist in customer database management, have established bases in Germany from which to exploit this new market. It is likely to take some some time before discount and incentive schemes in Germany are as sophisticated as those in countries where such promotions have long been established. Indeed, the German trade magazine Werben &amp; Verkaufen, reported that Cendant fears the initial effect of the relaxation may be a rash of ill-considered, poorly thought-out discount offers flooding the market.

Nevertheless, relaxation of the rules governing discounts and incentives will afford companies marketing in Germany a greater array of weapons with which to achieve customer acquisition and retention. Those, such as the Douglas chain of perfumeries and the Stinnes DIY chain, which already have loyalty programmes in place, will be able to better exploit the systems and data they already operate. Those which do not yet operate such schemes will soon find they are compelled to do so.

Outdoor advertising company Maiden Outdoor and ITN have teamed up to provide a news service on large screens at mainline stations in London and around the UK. The service, first displayed at London’s Victoria Station, will run on a 48-sheet size screen, called Maiden Transvision, situated next to the indicator board. The service will be […]

Cars are bad for us, spewing pollutants into the air and exposing us daily to harmful chemicals and toxins. So why do lobbyists overlook them?

Your piece “Uncovering media bias within agencies” (MW January 18) is, of course, biased. The headline and first two paragraphs imply that a media agency’s spend by medium is somehow a matter of agency preference and that this undermines the claim to media neutrality. I think you will find this is nonsense. The skew towards […]