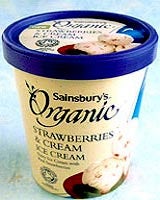 Readers of Advertising Age may have experienced a sense of déjÃÂ vÃÂ» recently when, under the headline “Black eye in store for big brands”, the magazine devoted a front-page article to how, in the US, “private-label shares are soaring for the first time since the 1993 post-recession Marlboro Friday scare.”

The article went on to detail how, in a variety of packaged goods categories, sales of private-label goods (as “own-label” is termed in the US) were showing strong year-on-year gains in market share against their branded counterparts. Among the categories named were batteries, bathroom cleaners and body washes, suggesting that leading manufacturers of branded goods – such as Duracell, Sara Lee and Procter &amp; Gamble – needed once more to be on guard against aggressive competition emanating from the major retail chains, companies they otherwise seek to regard as partners.

By accident or design, this article appeared just before this year’s leading European showcase for buyers and suppliers of own-label goods. Organised by the private-label Manufacturers Association (PLMA) and due to take place on May 22 and 23 in Amsterdam, the show – called “World of private-label” – will, its organisers say, bring together suppliers from over 50 countries with about 5,000 representatives of Europe’s top retail and wholesale companies.

Clearly, interest in the event is strong, against a backdrop of gains by own-label goods in certain markets. Earlier this month in Germany, for example, AC Nielsen released figures which show that sales of own-label groceries – across 300 product categories, and excluding Aldi – grew by 1.8 per cent last year, to claim a market share of 16.4 per cent.

Yet, while Advertising Age may feel justified in taking “Marlboro Friday” as its reference point, in truth the industry on both sides of the Atlantic has come a long way since 1993. Then, in the face of strong own-label gains, one US analyst commented: “How deep can the penetration be? I could be wrong in saying one-third to 40 per cent of store sales: that could be a low estimate.”

In fact, the highest level of market share attributable to own-labels in Nielsen’s latest US figures is 26 per cent, with many categories – including batteries, bathroom cleaners and body washes – showing only single-digit penetration.

In the UK, which boasts the highest level of own-label penetration in Europe, category management initiatives, combined with a stable economy and – as Sainsbury’s found out to its cost – an apparent upper limit to own-label growth, have led to its share stabilising in many categories. Nielsen’s figures for Germany, though evidence of growth, show own-label share remains low in many cases, while in the Netherlands, the president of SMA, the country’s branded goods trade association, commented earlier this year that Dutch consumers would “rather risk a hernia loading their trolley with Omo detergent than choose an own-label alternative.”

It’s not so much that brands are back; they never went away.