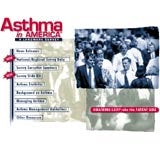 US-style advertising for pharmaceutical drugs could be on the way to Europe, much to the disgust of consumer pressure groups and the medical profession. On July 18 the European Commission is expected to introduce a proposal to relax the ban on advertising prescription medicines directly to the public. The proposal will be met by opposition from consumer bodies such as the Consumers’ Association, and doctors and pharmacists. Advertising prescription drugs, they argue, could boost demand and put pressure on health budgets.

The EC proposal is to allow direct-to-consumer (DTC) advertising for three specific conditions – AIDS, respiratory problems such as asthma, and diabetes. It is expected to allow pharmaceutical companies to communicate with patients, via the Internet, about the three specific diseases. It is, however, not clear whether the DTC advertising will later be extended to include television, print and outdoor advertising.

Advertising of prescription drugs was introduced in the US in the late Eighties. Ads were first allowed on the Internet and were later extended to print and finally in 1997 to broadcast media. Although the advertising of prescription drugs is banned in Europe, patients have been able to access US Internet sites and get information about available drugs.

Richard Ley, head of media relations for The Association of the British Pharmaceutical Industry (ABPI), says the argument that advertising prescription drugs could lead to patients putting pressure on doctors for specific drugs is “rubbish”. Ley says that the role of general practitioners is not to prescribe cheaper or more expensive alternatives but medicines that will make patients better.

“The new EC proposals will mean providing information to patients. ABPI’s understanding is that it is not about advertising, but about putting information on the Net as and when patients ask for it. If information about other products and markets is available to consumers, what is so different about pharmaceuticals?” asks Ley.

He adds that he is not in favour of the US system, as this would lead to consumers favouring those brands that have received advertising support.

But a spokeswoman for Pfizer says: ” The proposal will allow us to be more active in informing patients. In the past doctors have been able to prescribe patients whatever was available. But now patients will be able to question them and have more control over their own healthcare.”

The Consumers’ Association believes that the EC proposal could have disastrous consequences for the National Health Service. According to its recent report “Promotion of prescription drugs: public health or private profit?”, the NHS drugs bill could rocket if drug advertising appears in mainstream British media because marketing costs would inevitably be built into the price of the drugs.

Consumers’ Association principal policy adviser Clara Mackay says: “The US and New Zealand experiences show that the billions of pounds spent on marketing drugs has a monumental impact on the drugs bill. Patients do need better information on drugs and treatments. However, it is not appropriate for the pharmaceutical industry to provide this.”

The CA instead recommends that the provision of information by pharmaceutical companies should be monitored by the Government’s Medicines Control Agency, and that this should be part-funded by the drugs industry.

According to the CA report, those drugs that are heavily supported by advertising would become the most popular, even if a rival product or a generic drug performs better. The report also claims that brand-specific advertising would not help increase disease or treatment awareness.

The British Medical Association is also up in arms about the EC proposals. It is worried that increased information about pharmaceutical drugs will raise patients’ expectations and lead to greater pressure on GPs and the NHS. A spokeswoman for the BMA says: “It is important that patients be informed about diseases, but relaxing a ban on the advertising of prescription drugs is a risky proposition. And even if it is only on the website, it is extremely difficult to monitor or control all that goes on the Internet.”

Drug companies in the UK also seem reluctant to go too far down the road of abolishing advertising restrictions. A spokesman for drug giant GlaxoSmithKline says: “GSK wants to make accurate and well-balanced product information available to patients. But at the same time we do not want glossy US-style advertising for pharmaceutical products in the UK.”

However, another major drugs company says that it is already in the process of developing a global branding campaign for its pharmaceutical business. A spokeswoman for the company adds: “The news that the EC is intending to relax its rules on advertising of prescription drugs is exciting for us, and we intend to become a marketing powerhouse.”

This is not a prospect welcomed by doctors and consumer groups. European doctors and pharmacists, represented by the Standing Committee of European Doctors (CP) and the Pharmaceutical Group of the European Union (PGEU) say that advertising is, by definition, intended to create demand.

A joint statement from CP and PGEU says: “DTC advertising of prescription-only medicines cannot lead to a direct purchase by the consumer through legal channels in an EU member state. The demand can only be met by the writing of prescriptions by physicians. It would surely be unreasonable to permit the establishment of a situation within which pressure to prescribe highly priced advertised medicines was applied to prescribers.”

The new proposal for DTC advertising for prescription drugs forms part of a wide-ranging review of EU rules on the European drugs industry. Pharmaceutical companies have been calling for a more constructive stance on everything from pricing and patent rights to a wider scope for communicating with patients, in order to make the European market as attractive as the US.

The European Federation of Pharmaceutical Industries and Associations fears that the US market is becoming more attractive to major drugs companies and as a result some may decide to relocate parts of their business there. It claims that Europe’s share of global pharmaceutical sales has fallen from 32 per cent to 22 per cent since 1990. By contrast, the US market has experienced an increase from 31 per cent to 43 per cent over the same period.

The CA, however, is unconvinced that a relaxation of the rules brings benefits. Sales may go up, it says, but advertising prescription drugs in the US has led to an 84 per cent increase in the drugs bill between 1993 and 1998. It believes that the NHS would not be able to cope with a similar hike in its drugs bill, should advertising be allowed in the UK.

But the debate may be over before it has even started. Some drug companies are understood to have already begun to roll out “patient information” websites and are obviously set on pushing the boundaries in order to promote their products to consumers.

The magazines market seems to lack sparkle. Consumers are purchasing fewer titles, and are complaining of unoriginal content. Although giveaways are successful in attracting impulse purchase, they do not help to build long-term readerships wit

McVitie’s is recruiting a marketing controller to head its Cake Company team following the departure of James Turton. Turton left to join Pretty Polly, where he replaced Sharon Harrison as marketing director. Harrison quit the hosiery and lingerie giant on July 1. McVitie’s, part of United Biscuits, is understood to have reviewed its marketing team […]