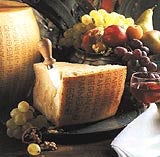 Italy’s Parmesan cheese-makers have won a landmark victory in the European Court of Justice giving them the right to stop cheap imitations of their product from being made or sold in Europe.

Parmesan is the Anglicisation of the Italian name Parmigiano Reggiano and should refer to a hard-textured cheese made using traditional methods in the Italian region of Parma. A consortium of Parmesan-makers, the Consorzio del Formaggio Parmigiano Reggiano, registered the name as a European Union trademark in 1996.

Since then, however, a number of manufacturers (some within the Parma region) have continued to make and sell a product marketed outside Italy under the English name Parmesan.

The Consorzio got the Italian government, which is deeply concerned about what it calls “agro-piracy” – the theft of its traditional food and drink brands by foreign companies – to raid one “imitation” manufacturer, Nuova Castelli. It is this test case that has just been decided by the ECJ.

But not all ECJ decisions regarding Italian produce have gone Italy’s way. Recently, a European Union regulation preventing UK supermarkets from selling packaged Parma ham sliced in Wiltshire was ruled invalid by a senior ECJ judge.

The Parma ham producers’ association had claimed that Parma ham could only be called that if it was sliced by one of its own members.