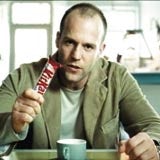 Nestlé, the food and confectionery giant, has received a boost in its ten-year battle to trademark the slogan “Have a Break” for its Kit Kat brand advertising.

The European Court of Justice has challenged Nestlé to prove that the slogan has become inextricably linked with Kit Kat in the minds of consumers. The case has been returned to the Court of Appeal in the UK.

Elaine Rowley, partner at patent and trademark solicitors Marks &amp; Clerk, says that the UK court will need to apply the “litmus test” set by the court to see whether consumers believe the expression was created by Nestlé.

Nestlé started its bid to trademark the slogan, which had been used in its advertising for 47 years before it was axed last year, in 1995. It was rejected following an objection from rival confectionary company Masterfoods, then Mars UK. Mars claimed that the phrase has not been used in isolation and has always been part of the strapline, Have a Break, Have a Kit Kat.

Nestlé lost at the High Court in 2002, but it then took its case to the Court of Appeal, which referred it to the European Court of Justice.

The confectionery giant will now be able to present examples of where the slogan has been used, such as packaging and television advertising, as evidence that it has used “Have a Break” on its own.

Rowley describes the ruling as a “victory of sorts” for Nestlé. She says: “The development does provide an opening for both Nestlé and other brand owners that may try to protect their advertising slogans, either in whole or in part.”