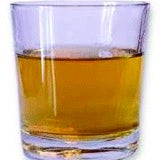 The European Spirits Organisation (CEPS) has set out more than a dozen commitments to be undertaken by producers aimed at helping “reduce alcohol-related harm across Europe”.

Measures include placing responsible drinking messages on product labels with a link “wherever possible” to national consumer information websites and the implementation of at least “two new awareness and education programmes per country” covering issues ranging from alcohol and pregnancy to drink driving.

“Programmes should be bigger and better than before. They should be nationwide, developed in partnership, sustained for at least three years and independently evaluated,” according to CEPS.

The body is made up of spirit trade associations from across Europe including the Scotch Whisky Association and the Gin and Vodka Association of Great Britain. Major producers such as Diageo, Pernod Ricard and Bacardi are also members.

The agreement will bring other European Union countries in line with many of the standards already in place in the UK. The alcohol industry already has a voluntary agreement with the Government on labelling that includes the inclusion of a responsible drinking message.

The industry has also funded a campaign, “Why Let The Good Times Go Bad”, which aims to change attitudes to drunkenness, and alcohol awareness service Drinkaware.

A spokesman for CEPS says that the UK is a “good practice example for the rest of Europe”.