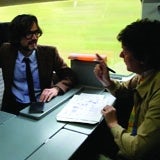 The company will use the line “opening the way” for the first time in an October campaign to showcase its sponsorship of the London 2012 Olympics.

The campaign, created by Paris-based agency Leg, will focus on the part Eurostar will play in transporting people to the games. Activity has been co-created by Pulp singer Jarvis Cocker (pictured), film director Michel Gondry and Belgian musician Arno Hintjens.

Emma Harris, sales and marketing director at Eurostar, says that the new positioning aims to highlight the rail service’s role in bringing “people, places and cultures together”.

“We have created a generation of people that can lunch in Lille and shopping in London. We are an enabler bringing great places and cultures together,” she adds.

The move follows the introduction of a new visual identity in March that dropped the three lines representing the three countries that Eurostar previously operated in, England, France and Belgium, in favour of a lower case e with a single line passing through to represent its increasingly pan-European nature.

A change to European law last year has put Eurostar under pressure as rival train operators could start to run services anywhere in the European Union.

The company wants to expand the Eurostar brand across a larger geographical area and plans to partner with other operators to offer products and propositions in countries such as Germany and Holland.

It is also looking to boost service, investing £700m in its fleet. Steps have also been taking to improve service by introducing the Avantage customer service training programme.

“We want Eurostar to be seen as a brand and not just a product. There is already love for our products we want to take the relationship forward and get people engaging with Eurostar as a brand”. 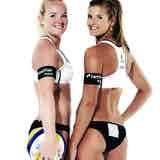 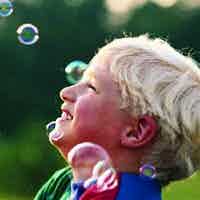