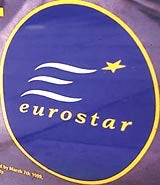 Pascal Tomasso has been appointed to the new position of executive director of sales and marketing.

It is also seeking a direct marketing agency for pan-European work.

Tomasso’s appointment is part of Eurostar’s aim to strengthen its senior management team. Jacques Damas joins at the start of next month as executive director of operations. He joins from a French train operator.

Eurostar Group is the pan-European company responsible for the commercial direction of Eurostar international high-speed rail services. It was set up in March 1999 by the joint operating railways of Eurostar – Eurostar(UK), SNCF (French National Railways) and SNCB/NMBS (Belgium National Railways).