The high-speed rail company will be a tier three sponsor, after signing a deal with The London Organising Committee of the Olympic Games and Paralympic Games (LOCOG) to become the Official International Rail Services Provider.

It will provide the London 2012 Games with arrival and departure services at St Pancras International for those competing and working at the Games as well as international rail services for operational requirements.

Eurostar is the 30th domestic sponsor of the London Games.

It will sit alongside Next, GlaxoSmithKline, Ticketmaster and Holiday Inn as a third tier sponsors. There are currently 14 third-level sponsors paying about £10m for the status.

Eurostar plans to launch a number of campaigns across the UK, France and Belgium to promote London 2012 as a “truly sustainable Games” including the Tri-City-Athlon in September which will see participants swim in Paris, cycle in Brussels and run in London.

Nicolas Petrovic, Eurostar chief executive, says: “We are proud to be partners with London 2012 and believe we will play a critical role in bringing people from all over Europe. The Tri-City-Athlon will be a way of demonstrating the proximity of the continental capitals we serve and reinforcing the closeness of the UK to Europe.”

BP says the oil spill in the Gulf of Mexico has cost it $350m (£235m) so far, and is set to increase as the crisis escalates. 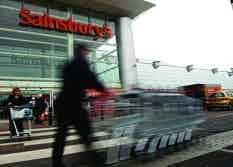 Sainsbury’s has reported a 17% increase in profits to £610m for the year ending 20 March.