The Premier League outfit has spent the last 18 months synching its data pools to begin to create what it claims is a “comprehensive single customer view for each Evertonian” that visits its online channels. In the months ahead, it plans to usher in “persona-specific” marketing, developed using  ticketing solutions provider Advanced Ticketing’s TALENT Sport ecommerce platform, from the insights.

Mobile will receive the bulk of the investment initially with the club looking to drive online ticket and merchandise sales from push notifications, in-app pop-up promotions and geo-targeted or geo-fenced messages. A few seasons ago “individual match sales online were as low as 20%”, claims the club whereas now it is “significantly higher and become the key sales platform”.

Engagement metrics are being introduced to measure the campaigns, allowing the club to make adjustments in real-time for the first time.

The football club says the move aims to balance the value of fans from a loyalty perspective with the actual value of the data on each fan. Like other sports properties, Everton is bolstering its CRM efforts to segment its customers and believes personalisation is really modern segmentation.

The club, which made £17m from gate and ticket revenue in the financial year to May 2013, wants the strategy to lift match day earnings as it plans to build a new 50,000-seat stadium to replace Goodison Park.

Richard Kenyon director of marketing and communications at Everton, says personalisation will help it to understand what point in the engagement journey a fan became a customer.

It is an objective Arsenal FC declared two years ago when it launched its new CRM system. The London-based club stole a march on rivals at the time and is now using that fan data, which now stretches to emerging markets, to understand its value to partners through CRM and marketing. Other Premier League clubs, particularly those with a large global fanbase,  have not been as vocal about their own efforts, opting to focus on expanding their sponsorship rosters to drive revenues.

Kenyon says: “By providing integrated and personalised online platforms, we are creating a digital environment within which our fans are happy to converse and transact with the Club. From a commercial perspective, becoming more intelligent and more targeted negates the need for massive, database wide single message communication. Not only does that provide obvious savings from a cost perspective, it provides an opportunity for improved open and clickthrough rates.”

Rugby Union team Leicester Tigers is accelerating social media investments, which it says is driving the referrals and traffic for its site. The upswing in traffic combined with around 60% of Tiger fans visiting the site via a mobile device to buy tickets is helping the club to target the widest possible audience.

Supporters will be able to choose to make purchases using Paypal. Seven years ago, only 10% of sales were online, according to Tigers in comparison to the 50% it now receives since focusing on the online experience.

Chris Rose, head of brand at Leicester Tigers, says: “Rugby is a secondary sport and hence it is difficult to get the attention and coverage from a media perspective. We are competing with other leisure venues where they offer things like click and collect, so we were very mindful of that.

“Five years ago we transacted £400,000 online, whereas now we are achieving over £1m per annum. The more interactions make it more likely [fans] will go on our website, more likely to purchase tickets which is great for the club, the atmosphere and appeals to our sponsors. They want engaged audiences that are more likely to be attracted to their brands.” 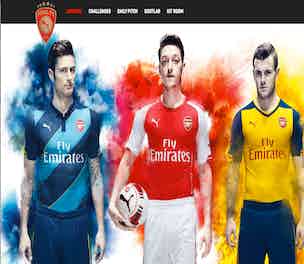 Subway, Carlsberg and Puma are overlaying their Premier League sponsorship activations onto wider media strategies to elevate their chances of real-time success throughout a season that promises to match the excitement and buzz of the last.