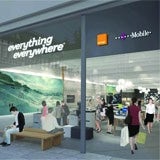 Alexander is leaving the company for “personal reasons” and to “pursue other interests”. It is not known whether he has a job to go to.

He joined Orange as CEO of the UK business in 2008 and became the head of Everything Everywhere when it was officially formed in July last year, after the merger with T-Mobile.

Alexander leaves at a critical time for Everything Everywhere, which has scheduled a review on the effectiveness of the brand in September and is substantially increasing its presence on the high street by opening 30 new branded stores this year.

His replacement, Swantee, currently heads up France Telecom’s global mobile business, which serves 12.8 million customers and includes Orange branded operations in 31 countries. He has been on the board of Everything Everywhere since it was formed.

Prior to joining Orange, Swantee had 17 years’ experience in the IT industry, holding senior leadership, sales and marketing positions with Hewlett Packard, Compaq and DEC in Europe and the US.

“He has the strong support of both parent companies, with his extensive European-wide mobile experience, and was recently instrumental in the forming of the Deutsche Telekom and France Telecom Global Procurement Alliance.”

Everything Everywhere, Vodafone and Telefonica UK, which owns O2, recently partnered to form a joint venture to create a standardised and coherent measurement system for mobile contactless payment last month.

When dealing with those marketers still sceptical about the power and importance of social media, one of the easiest ways to explain its value is to talk about word-of-mouth. The idea that social media is, at least in part, the everyday conversations about the products and services people use writ large has become commonplace, and […]

O2’s relaunch of its Priority service, to include location-based high street deals, will have its competitors rallying their ideas people to quickly draft up a counterpart. O2 has beaten the market to provide a service that could make all of its 22 million customers feel like exclusive VIPs. Priority Moments expands O2’s existing loyalty offer […] 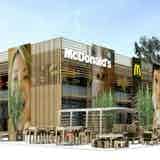 McDonald’s will launch a global initiative to encourage kids to stay active, one of a raft of measures the restaurant chain has announced to back its sponsorship of the event.