Diageo’s new global responsible drinking ambassador for Johnnie Walker whisky, double Formula One world champion Mika Hakkinen, has a simple message to get across/ “If you drink, don’t drive.”

The Finnish racing driver was handed the role by the whisky brand last week, as first revealed on marketingweek.co.uk, and will tour the world promoting sensible drinking and safe driving by highlighting issues of responsibility and choice. Johnnie Walker is the corporate sponsor for Team McLaren Mercedes.

Diageo has used its two-year-old sponsorship of McLaren as the focus of a major sensible drinking campaign. The drinks giant also has a sponsorship deal with NASCAR in the US and has used both Formula One and NASCAR drivers to get the safe drinking message across.

But the Johnny Walker link with McLaren is just one of many anti-alcohol abuse initiatives Diageo runs. And it is not alone in putting substantial amounts of money into trying to get people to consume less of its products. Other major drinks companies have similar programmes.

Next in the firing line
But the world’s alcoholic drinks companies know their business is in the spotlight. Tobacco has been beaten and the junk food industry is fighting a futile rearguard action, so many experts predict alcohol will be the next big target.

All the major players in the alcohol industry have been developing strategies to combat excessive drinking and defuse at least some of the criticism likely to be coming their way.

Last week’s European Spirits Organisation (ESO) annual conference featured a report on the progress of its Charter on Responsible Alcohol Consumption. The charter says 75% of all advertising from members must carry responsible drinking messages by 2010; bans promotion of excessive drinking, drinking and driving and underage drinking; and outlaws links between alcohol and success or sexual prowess.

Campbell Evans, director of government and consumer affairs at the Scotch Whisky Association and vice-president of the ESO, says: “We want our products to be enjoyed and we don’t want them to be misused.”

He adds that the drinks industry is seen as a “stakeholder” in the struggle against alcohol misuse by groups such as the World Health Organisation and the European Union’s Health and Consumer Protection Directorate, although he accepts other groups are suspicious of the alcohol industry’s involvement.

One such group is Alcohol Concern, the UK national voluntary agency for alcohol abuse. Campaigns officer Frank Sodeen says Alcohol Concern does not want prohibition of alcohol but would like to see further restrictions on marketing. Following calls for Ofcom’s ban on junk food advertising to be extended to include all programmes broadcast before the watershed, Alcohol Concern now plans to push for a ban on alcohol advertising pre-watershed.

Alcohol Concern will be presenting its case for such a ban to the All Party Parliamentary Group on Alcohol Misuse at its next meeting on December 12. Sodeen says: “We want to drive it up the political agenda.” 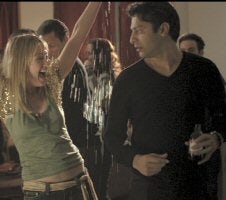 Losing momentum
Health groups worry that the Government’s Alcohol Harm Reduction Strategy has lost steam, with central government’s “light touch” approach putting much of the burden for implementation on local health authorities, which are already strapped for cash.

Alcohol Concern also questions whether alcohol manufacturers’ bullish talk at board level actually translates into real action in bars, pubs and retailers. Sodeen says: “In general, we see licensees and retailers adopting a whole series of strategies to sell as much alcohol to as many people as possible. At the end of the day, what are they [alcoholic drinks manufacturers] telling bar and retail staff?”Kate Blakeley, head of social responsibility for Diageo GB, is adamant that Diageo is fully committed to addressing alcohol misuse at all levels.

Blakeley says the company has been a key player in sensible drinking initiatives for years. It was a founding member of the industry’s self regulatory body, The Portman Group, and will be a major financial backer for the DrinkAware Trust, the new independent body spun off from The Portman Group which will take over the running of industry funded alcohol education programmes in the UK.

The DrinkAware Trust, officially formed in October this year, will have a budget of £3m in its first year, rising to £5m by the third year. As a completely independent body, it will also be allowed to seek funding from the European Union and other sources.

Industry insiders say the government is likely to allow the DrinkAware Trust to pitch for the management of government-funded anti-alcohol campaigns in the future.

Blakeley herself has a budget of about £2m to fund a range of sensible drinking programmes around the UK. But that figure does not include what Diageo spends in other countries or costs of anti-abuse messages carried on all the company’s packaging.

Responsible advertising
Between February and April this year, Diageo piloted its first TV campaign promoting sensible drinking, adapting a Diageo Ireland commercial showing how a young man’s over-indulgence ruins his friends’ evening. Diageo also had a female version made for the UK.

Blakeley says she is working with Carat and Abbott Mead Vickers.BBDO to develop plans for a follow-up campaign in 2007, which could be regional but may be national.

Diageo, like many drinks companies, also works with student bodies such as the National Union of Students. In Diageo’s case, it is running educational programmes in 22 universities, with advertising in bars, toilets and halls of residence focusing on what constitutes a unit of alcohol and suggested intake levels.

The Diageo code
Blakeley adds that all staff are trained in the Diageo Marketing Code (DMC), which covers issues such as the inclusion of responsible drinking messages in all marketing communications, the placement of products in retailers and a suggested maximum consumption limit of three units of alcohol per day..

Pubs, bars and retailers are told what the DMC covers and any joint promotions must adhere to Diageo’s code. If retailers insist on running a promotion that breaks the code, Diageo will withdraw its support. Blakeley says: “It’s infrequent, but it has happened.”

Finally, Blakeley says, Diageo engages with governments, non-governmental bodies and lobby groups “so we can understand their concerns”. She adds: “There is room for a partnership approach.”

But, as she admits, Diageo’s involvement in responsible drinking initiatives is not entirely altruistic: “It is important to demonstrate that the industry can effectively self regulate.”

So far, the industry appears to have succeeded in demonstrating that it can be a responsible partner in the anti-alcohol abuse debate. Perhaps the food and soft drinks sectors should be studying the alcohol industry’s strategy over the past 20 years to see what lessons they could learn.

In the Diary’s experience couriers are not necessarily the cheeriest bunch of workers to be found ploughing their furrow in central London – and who can blame these leather-clad knights of the road, given the fact their working lives consist of removing their headgear, extracting signatures from pasty office workers, dodging rabid cabbies and drinking […]

The British Universities Sports Association (BUSA) is seeking sponsors for its flagship multi-sport National Finals championship ahead of its launch in March 2008. BUSA, the governing body of university sport, is seeking a host broadcaster and a headline sponsor for the event, which aims to consolidate 49 separate sports, including athletics, football and windsurfing, into […]