The brand “strength” list, which measures a brand’s ability to impact a company’s performance by looking at marketing investment and the goodwill the brand has built up with customers and staff, says the success of Lego’s move onto the big screen helped propel the Danish toy maker ‘from a well-loved, strong brand to the world’s most powerful.’

“Lego’s underlying strength is that it appeals to both sexes, and all ages,” said David Haigh, CEO at Brand Finance. “Kids have an affection for playing with it and parents see it with a sense of nostalgia.”

It has been quite a turnaround for Lego, which was close to bankruptcy in the early 2000s due to too many unpopular ranges and well-publicised issues around stock control.

Its return to riches has been driven by wisely discontinuing unpopular ranges and ensuring all toy products are cross-compatible while securing clever licensed partnerships with franchises such as Star Wars and Marvel, and creating consistently memorable viral marketing campaigns.

Ferrari, which topped last year’s list, dropped to ninth, with Brand Finance claiming its recent failures to secure an F1 title had been damaging. Despite the drop, Ferrari increased brand value by 18% to $4.7 billion.

Lego, with a score of 93.4, is closely followed by professional services network PWC, which achieved a score of 91.8 as second most powerful brand.

Apple comfortably took the crown within Brand Finance’s separate most valuable brand list. Benefiting from the success of the iPhone 6, which led to record quarterly profits of $18bn, the Californian tech giant’s name is now worth $128.3bn. It easily brushed aside Smartphone rival, and runner-up, Samsung at $81.7bn and third-placed Google at $76.7bn.

The top ten brands on the most valuable list – which uses a formula that accounts for factors including a company’s financial performance, investment in its brand and royalties from licensing it – are dominated by technology companies.

Tesco, hit by a series of high-profile scandals and a drop in sales, is responsible for one of the worst performances of the year having lost 37% of its brand value. In just a year, Britain’s biggest supermarket has fallen 52 places to rank 111.

It was also bad news for McDonald’s, which saw its brand value fall 15% to $22bn, with Haigh claiming it had ‘been hit by the continued rise of healthy eating and sanctions on its advertising’.

The highest placed UK-based company is 22nd place Vodafone, with a value of $27.3bn, which just edged out HSBC. The fastest growing brand, meanwhile, was Twitter, which has grown brand value from $1.5 billion in early 2014 to $4.4bn. 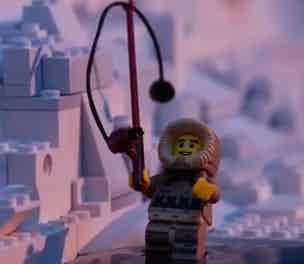