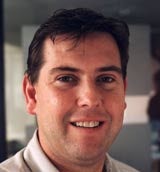 Three former Carat executives are set to launch a start-up media buying and planning agency under the name the7stars, with a proposition that aims to challenge the large networks.

Former managing director Colin Mills, former head of media (and one of the UK’s top media negotiators) Mark Jarvis and ex-marketing director Jenny Biggam, are on the verge of divulging their plans. The idea of a new shop was first mooted in Marketing Week in June (MW June 23).

It is thought that the agency could open its doors as early as next week and plans to be trading from a north of Oxford Street address by the end of the year.

It is understood that the7stars will target reasonably-sized UK-based advertisers who may be disgruntled with the service they are getting at the large media agency networks.

It is believed that the founding partners plan to use their media expertise in running clients’ businesses on a day-to-day basis and are hoping to offer rates to advertisers that are on a par with or even more competitive than those they pay to large media networks.

It is understood that backing has come from private individuals rather than from venture capitalists or a media network.

The7stars will be the first high-profile media and planning agency to launch since Christine Walker set up Walker Media in 1997.

Such is the far-reaching terror inspired by China’s economic miracle that it now occupies a central role in the demonology of protectionist-minded politicians.

Consumers hunger for convenience food and flavoured drinks, but food producers and marketers must be aware of the public’s perceptions of flavours and how these vary from market to market