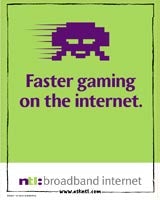 He will be responsible for channel negotiations, packaging, pricing and consumer marketing. Henwood joins NTL from Prism Entertainment, the digital content and services company he co-founded. He will report to managing director of marketing and development Jerry Roest.

Harris’ responsibilities at Coca-Cola will be assumed by director of brand building Donna Birkett Baida.

At NTL, Harris will be responsible for a team of 24 people that work across TV, telecommunications and Internet, both broadband and narrow band.

Part of his role will be to devise new offers in the form of bundled products.

At Coca-Cola he was involved in the restructuring of the company’s advertising and media arrangements, the Premiership broadcast sponsorship deal with ITV, and the Cokeauction Internet promotion.

The UK may not be participating in emu, but Europe is still our concern. Companies, for example, are losing out for failing to register their brands across the Euro territories By John Shannon

ITV is forming a new division, ITV Interactive, to house all its online and interactive activities. ITV Interactive will incorporate Carlton and Granada’s existing programme-related online sites, such as Coronation Street, Cold Feet and Crossroads, and ITV sites including Who Wants To Be A Millionaire?, ITV Football and ITV Weather. According to ITV, together the […]