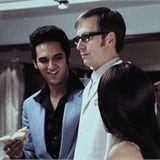 Former Allied Bakeries (AB) marketing director Jo Sykes, who was responsible for the Kingsmill brand, is taking her ex-employer to an Unfair Dismissal Tribunal after she was ousted earlier this year. It is understood that legal proceedings have already been started.

Her departure in February was swiftly followed by Allied’s decision to ditch Kingsmill incumbent agency JWT and move its &£5m advertising account into M&amp;C Saatchi without a pitch.

It is understood that the changes were a result of the arrival of new chief executive Brian Robinson at the end of last year.

Sykes, who had been with the company since 2002, is thought to have left her role following a vote of no confidence from Allied’s board. The company has since attributed poor Kingsmill sales and a sharp decline in first-half profits directly to JWT’s work on the brand.

The JWT campaign, which broke in October 2004, was in the style of a documentary about Elvis Presley’s first – and only trip – to the UK when he landed at Prestwick airport in the 1960s. The ad, which featured a young Elvis lookalike, claimed that the singer had a secret passion for baking and stayed on in the UK to set up a bakery called The King’s Mill.

At the time of JWT’s appointment in March 2004, Sykes said that the agency had “challenged our traditional way of thinking”.