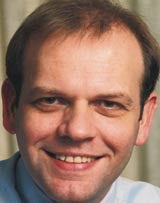 Kinsey, who left LE last year following a complex management restructure (MW September 26, 2002), will oversee the launch of the retail outlets in the first quarter of next year.

The house building company also has plans to launch financial services and home maintenance services through this new division.

Kinsey says: “It will be all about customer experience and looking at personal needs after the sale of homes. I’m very excited to be involved with another start-up operation.”