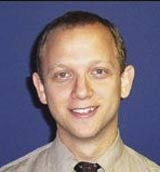 Hamburger, who left the mobile phone retailer in mysterious circumstances last year (MW November 11, 2004), will report to chief operating officer Len De Barros in his new role. A C&W spokeswoman says he is working on “product marketing and commercial decisions and activities across a number of different markets”.

Phones4U suspended and then reinstated Hamburger following an investigation, but he left soon afterwards following months of speculation about his position.

Head of brand communications Suk Grewal, head of propositions and customer relationship management (CRM) Chris Hale, and communications chief Damien Peachey also left Phones4U at the same time. The reasons behind the exodus were never made clear but Phones4U dismissed any link between the investigation and the exit of the other three marketers.

Channel 4’s E4’s launch as a free-to-air channel on Freeview is being brought forward to coincide with the start of the sixth series of Big Brother in May. Media buyers are expecting the entertainment channel will have an impact on ITV2, which is already available on Freeview, because it will reach a further 4.5 million […]