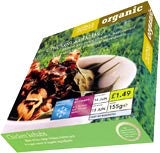 Marks &amp; Spencer (M&S) has appointed former Safeway marketer Helen Buck as head of marketing for its food business unit, in a move that could lead to an advertising review of the retailer’s food division.

Buck’s most recent role was head of home at Woolworths prior to its demerger from Kingfisher. She was previously director of format marketing at Safeway, where she oversaw the introduction of food stores to BP petrol station forecourts. Buck replaces Linda Shepherd, who has retired.

A spokeswoman for M&S confirmed that Buck will be responsible for advertising for the food unit, but adds that it is too early to say whether she will review the creative account, held by Rainey Kelly Campbell Roalfe/Y&R.

But many agency insiders believe a review is imminent, as M&S continues to expand its food business and prepares to roll out its convenience store format, Simply Food.

As well as opening up to 20 highstreet stores by next March, the retailer has teamed up with the Compass Group to launch a Simply Food chain for stations. The first opens at Liverpool Street station today (Thursday), to be followed by openings at Marylebone and Victoria. The stores will sell ready meals, sandwiches, flowers and wine, plus a range of everyday grocery products.

Rainey Kelly won the &£25m M&S ad account in April 2000 and created the “Exclusively for Everyone” campaign – the retailer’s first foray into TV advertising. Media is handled by Walker Media.