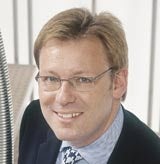 Chippendale will be responsible for Yahoo!’s European media sales strategy, building the company’s profile and bringing in new customers.

During his 14 years at Sky, Chippendale was seen as a champion of interactive advertising. He also represented Sky on the board of BARB and in Thinkbox, the television marketing body. As director of sales for Sky Media, he had responsibility for a department selling across 32 channel brands. Before Sky, he held senior positions at agencies and in the ITV network.

He left Sky three months after the appointment of Nick Milligan, former deputy chief executive of Five, to the new role of managing director for Sky Media.

Mark Chippendale says: “This is an exciting time in the world of advertising. The old order is shifting. Advertisers are starting to fully appreciate the power of online advertising at the same time as internet use is soaring.”

Beechwood has won a Â£4m creative brief for the relaunch of two Freeport outlet shopping centres.

Spirit Advertising has created a TV campaign to launch the Limperts Academy brand in the UK. Limperts specialises in distance learning with a focus on design and home decoration. The ads break this week.