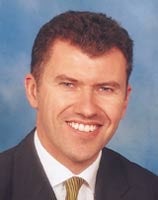 Asda has appointed former Telewest Broadband marketer Chris Pilling as its corporate marketing director less than a month after he joined the company as head of the grocery division.

Corporate marketing director Richard Hodgson has taken up the role of business unit director for grocery instead. Deputy trading director David Cheesewright, who had been overseeing grocery since January, will now take up a central merchandising role.

Pilling, former Telewest customer marketing director, admits there had been conversations about him eventually heading marketing at Asda before he joined the company, but claims that the opportunity arose sooner than anticipated.

He has been visiting stores since he joined the supermarket chain at the beginning of April, and says: “I will have the chance to come to the role with a fresh pair of eyes.”

Asda uses Publicis as its creative agency and Carat for media, but Pilling would not be drawn on whether he will review.