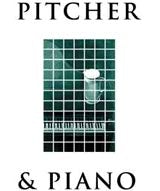 Derek Andrew, managing director of W&DB’s managed pubs division, Pathfinder Pubs, says: “Mike will join us on June 17, reporting to me. His brief is to reinvigorate existing assets and return the business to like-for-like sales and profits growth. Part of his task will be to identify outlets that don’t fit in with the Pitcher &amp; Piano concept and get rid of them.”

W&DB acquired the Pitcher &amp; Piano chain as part of its &£300m takeover of Marston Thompson &amp; Evershed in February 1999.

However, after a hostile bid from Pubmaster at the beginning of 2001, the chain, along with a number of its pubs, was put up for sale, with W&DB’s management promising to return cash to shareholders.

While 120 individual pubs have been sold in the past year, W&DB was forced to admit earlier this week that bids for Pitcher &amp; Piano were not as high as it had hoped, and that it now planned to keep the chain.

It is understood to have been looking for about &£60m, but analysts suggest bids were more likely to have been about &£45m.