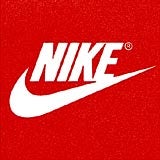 Reading Patrick Elliot’s article (MW June 27), one would assume that we must all be truly beholden to the corporate big shots for the invention of sport!

This scenario has been going on for years since the Olympics became “cool” again after the Los Angeles 1984 event. This was the birth of profit-making sport, where corporate “partners” were welcomed. In subsequent years the corporate “love-in” at major events has taken us to new heights, so successful indeed that the measure of just how well an event has been “sponsored” can be judged by the empty seats given over to the big shots who allegedly so value it.

Let’s get a few things clear when it comes to the supposed devaluing of sport by these so-called lovable rogues. Sport is competition and competition is the bread and butter business. Sport dictates the interest, not sponsors. Sponsors do not make turnstiles spin or people tune in.

Coca-Cola and McDonald’s pay big bucks for what? Exclusivity? The right to run the whole show?

Elliot implied that Nike had no right to have its kit “exposed” to viewers during the 1984 Olympics. These nations make decisions in their own interests – because they too are in business to survive and promote their game – on what kit to wear. Where is the line drawn in the interests of free enterprise? Elliot implies that this should not happen at all, that the major sponsor has the big say and that all competition should be excluded.

Where is the benefit to a sports body or event to piggyback with the highest bidder? By selling out to exclusive rights, we are taking the first steps towards those sponsors dictating the sport for their own convenience.