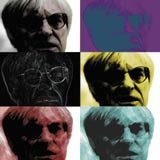 Readers of last week’s cover story will have no doubt noticed the presence of Formula One supremo Bernie Ecclestone.

It has been brought to the Diary’s attention that Uncle Bernie bears a striking resemblance to the guru of pop art himself, Andy Warhol (although it must be said that it is a somewhat decayed similarity. What is happening to Bernie’s face?).

It soon became apparent that there are further similarities between the two. First, there’s the cult of celebrity, then there’s the pretty young women who, for reasons known only to them, wish to associate themselves with “power” and, well, money. And, as the pop artist himself said: “Making money is art and working is art, and good business is the best art of all.”

Clearly Andy and Bernie have much in common – particularly, given the predictability of F1’s performance over the past couple of seasons, their use of repetition.