Warner will report to Mikael Andersson, Expedia vice-president EMEA. It is unclear if Warner’s position is new or when he will join Expedia.
A spokesperson for the travel operator confirmed his appointment, but said further details on Warner’s role will not be disclosed until he joins Expedia. It is understood the role may have been created as part of a company-wide restructure.

Expedia has said it wants to continue its aggressive expansion strategy and open in new markets worldwide later this year. The online travel agent has launched in eight new European markets in the last two and a half years.

Trueman is now responsible for coordinating UK and Ireland brand and product marketing programmes. He will work with an in-house team of 35 category specialists and reports to Ward Crawford, chief operating officer.

Virgin Money is considering buying Lloyds and Royal Bank of Scotland branches as it looks to bolster its move into retail banking.

Forget spam. Fake pills, banking scams and trojan horse viruses are a nuisance for ISPs and a minor concern for law enforcement agencies. As far as the consumer goes, it really should be a case of buyer beware. If you expect to get millions of dollars back from sharing your bank account details, you might as well leave your car and house unlocked at night as well. 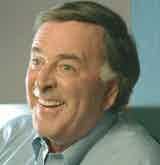 Sir Terry Wogan bowed out of BBC Radio 2 on a high by equalling his best-ever audience figures, helping the Corporation increase its share of the radio market, according to audience listening figures.