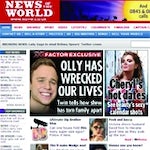 New Media Age revealed last week that News International will introduce an online subscription model for News of the World in October. The title will focus on promoting its exclusive video content in order to drive traffic.

But the move has had a mixed response, with media commentators saying readers will simply turn to equivalent free content elsewhere.

However, online experts have told new media age the strategy should not be so readily dismissed.

“The sort of video content the paper does is suited to teaser trailer ideas, which would encourage you to subscribe to get the full version. Trailers and promos happen all the time in TV and film,” he said.

“It could get some traction with an iPad format, with content available for small payments,” he suggested.

Media consultancy Mark Bishop Associates’ founding partner Mark Bishop pointed out that unless content really is exclusive, it will be difficult to charge for.

“Video is a great medium for advertisers and CPMs are high, but video is easily shared and copied across the web,” he said.

The trick will be to balance social media integration to drive traffic, but avoiding free distribution of paid content, said Davie. News International is understood to have appointed VCCP to such a social media brief for thetimes.co.uk last week.