The ASA monitoring team identified the issue and said that in the articles the top half of the pages were bylined to Alison Coleman and contained information about a product, including efficacy claims.

The articles appeared under the heading “Express lifestyle – to advertise in this section call …” The bottom half of the pages featured an ad with purchase location details. Products featured in these articles have included Copper Heeler, Lipobind and LadyCare.

The ASA team challenged whether the top half of such articles were controlled by the featured product rather than the publisher and why the articles had not been clearly marked as advertising features. It also challenged the claims made on behalf of some of the products.

The Daily Express said that its journalist had followed the usual practice of speaking to the featured companies and had sent them the finished text “to check for factual inaccuracies” The publisher added that the journalist had not been paid by the companies and that the advertiser had no rights over changing the copy content.

The companies said that they nothing to do with the articles save for fact-checking.

However, the ASA said that the articles “were always and uniquely favourable to the product featured in the accompanying ad and contained claims that have been or would likely to be prohibited in advertisements.”

It also ruled that the articles breached CAP Code clauses on truthfulness and substantiation for Lipobind, Ladycare and Copper Heeler

Axa is preparing to launch a raft of new insurance products across its brands to underpin its “Redefining Standards” positioning after appointing Havas UK to handle media planning and buying across the company. Axa group marketing and communications director Olivier Mariee told Marketing Week that the appointment of Havas UK last week was an important […] 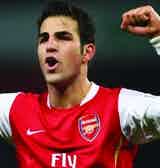