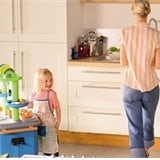 Asda may be wobbling from two top marketing exits, but it is upbeat about the future – and its ability to stay ahead of Sainsbury’s, says Ian McCawley

Asda has seen two top marketers leave in the space of six months and appears to be drifting into choppy waters. But in reality, like the rest of its supermarket rivals, there is much going on beneath the surface as bosses attempt to keep the Wal-Mart-owned brand on course.

Last week’s departure of marketing director Richard Hodgson to head buying at Waitrose followed the check-out of previous chief Chris Pilling, who has landed the role of chief executive at First Direct. Earlier this year, non-food trading director Tony Page headed for the exit to join the board of Woolworths as managing director, commercial and marketing. But a spokesman for Asda says: “Hodgson has done a great job reinventing our own-label offering and introducing a new campaign.”

The chain has reportedly decided to part company with footballer Wayne Rooney just months after the England star signed a reported &£3m deal with the retailer. Add to that the desperate battle with Sainsbury’s for second place in UK grocery billings behind Tesco – and a public spat with distribution workers – and executives could face a long summer of discontent.

Yet observers put the departures of Pilling and Hodgson down to coincidence. One source close to Asda says: “Hodgson’s departure was unexpected. But retail executives shop around and he had been at Asda a long time. There doesn’t seem anything untoward about his departure – it was just too big an opportunity for him to miss.” Hodgson took the bold move of refreshing Asda’s brand advertising in the spring. Long-running strapline “Pocket the difference” was replaced with “More for you for less”, although the Asda “pocket-pat” at the end of television ads, created by Publicis, remains.

Retail experts debate whether Asda chief executive Andy Bond – who arrived last year armed with his “Simply Asda” plan to turn the retailer around – had ordered the change in response to the success of Sainsbury’s “Try something new” campaign. But the source explains/ “‘Try something new’ has been great for Sainsbury’s but Asda’s change of strategy wasn’t in response to that.” Another observer close to the business adds: “The strapline was changed in response to the market, rather than the competition. It was intended to point out that what you get at Asda is pretty good for the price, compared to its rivals.”

Despite Asda’s long association with its main agencies Publicis and Carat, Hodgson was no stranger to seeing other shops during his short tenure. The meetings led to rumours about secret pitches for sub-brands such as George (MW June 15) and a full-blown &£40m media review being in the offing (MW May 18). In the US, Wal-Mart is understood to be talking to agencies about overhauling its brand amid a barrage of media and consumer vitriol over its treatment of suppliers and staff.

Thankfully for Asda, there’s no associated opprobrium for the time being. Another insider says: “The links to Wal-Mart are almost invisible. It’s just a presence, you rarely hear American voices.”

Indeed, Asda does seem to be manfully clinging to second place, despite City analysts predicting Sainsbury’s would screech past it this year. Latest TNS Worldpanel figures for the 12 weeks to June 18 put Asda’s UK grocery market share at 16.5%, compared with Sainsbury’s 16% (see table).

Alison Aslin, account director at retail and marketing consultancy Pragma, says Asda can maintain this slender advantage by focusing on shopping experience as well as price. She says: “A few years ago, Asda was at the forefront of low pricing, but Tesco is encroaching on that space from above, and rivals like Lidl and Aldi are challenging from below. Asda appeals to a limited segment of the population so it needs to make meal solutions more engaging, like Tesco, Sainsbury’s and Waitrose have. Asda’s offering is still quite functional and perceived as boring.”

Asda is attempting to change that view by relaunching its Extra Special premium food and drink range, modernising the sub-brand and doubling featured products to 750. The retailer is also putting its faith in the George brand, extending the clothing label into a 2,000-strong range of George Home products and accessories.

However, Aslin points out that Tesco and Sainsbury’s are also doing well in non-food, with their Cherokee and Tu clothing ranges, and more competition is on the way, with Woolworths this week announcing it plans to open a chain of standalone Ladybird clothing stores, and Waitrose is testing a children’s clothing range.

The Competition Commission inquiry into supermarket giants’ power looms on the horizon and turmoil in the marketing department has dogged Asda so far this year. But observers say it is doing a decent job of clinging on behind Tesco and is not ready to be labelled a withering limb of Wal-Mart just yet.