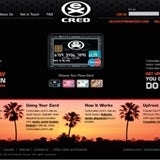 The Extreme Group, parent company of the Extreme Sports Channel, is to launch a prepaid debit card aimed at students and extreme sports enthusiasts.

Called Upfront, it will be part of the group’s Extreme Cred business, and backed by a multi-media marketing drive.

The “pay as you go” debit cards, where money is loaded onto plastic “upfront” is a fast-growing market. Earlier this year, EMAP courted controversy when it unveiled prepaid cards aimed at teenagers under its magazine brands (MW January 26).

Upfront, which works like a mobile phone top-up card, can be topped up with credit either online, at Post Offices or shops bearing the yellow PayPoint sign.

It is being launched with prepaid card specialist BlueCorner and Mastercard Maestro, and will be aimed at teenagers to those in their early 30s. Mark Kennedy, chief executive of BlueCorner parent group Affinity Cards, says cardholders will be offered brand specific benefits.

BlueCorner is also launching a prepaid card through wedding store Confetti, aimed at engaged couples wanting flexible wedding lists. It hopes to overcome the stigma of offering cash instead of presents. Couples make a one-off payment for the card, with donations made free.

It is also extending its partnership with EMAP by offering cards under the FHM magazine and TalkSport radio station brands.

â¢ PrePay Technologies yesterday (Tuesday) launched the UK’s first charity prepaid card. The 360money card, issued through Maestro, supports charities including Samaritans, Mencap and Save The Children, and aims to raise &£2m in two years. PPT will donate a fixed amount to each customer’s selected participating charity when he or she opens an account.