Rudaizky will be responsible for developing a “brand investment programme” aimed at raising awareness as well establishing the firm among clients as the “best professional services brand”, according to a spokeswoman.

The spokeswoman declined to offer further details about how the programme will be executed when asked by Marketing Week.

His appointment follows last year’s rebranding to EY and introduction of the tagline “building a better working world”. He joins the brand, marketing and communications team, which was formed in the wake of July’s rebrand with the aim of developing a unified brand strategy.

The rebrand to EY did attract some controversy after it emerged that it shared a name with a Spanish gay magazine.

Rudaizky joins from the marketing services company WPP where he was leading “Team GSK” a multi-discipline team servicing the FMCG and pharma giant. Previously, he led WPP’s Team Vodafone and had a stint as global business director of JWT.

Mark Weinberger, EY Global Chairman and CEO, says of his appointment: “We have recently seen significant changes at EY with our new brand name, logo and tagline demonstrating clearly, and confidently who we are. John joining EY underscores the importance of brand to our organisation because of the unique role we play in helping to build trust and confidence in the capital markets.” 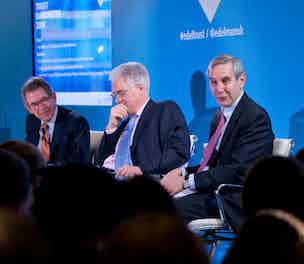 Business leaders should look to become “chief engagement officers” if they are to drive a turnaround in the decreasing level of trust consumers have in companies, according to executives speaking at the launch of the 2014 Edelman Trust Barometer. 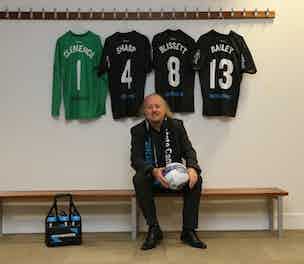 David was an energetic, respected and well liked consumer marketer who had a positive impact in all the organisations at which he worked during his 24-year career that was tragically cut short. He started his career with United Biscuits (UB) in 1989 working at Ross Young’s for six years. McVitie’s followed, leading the launch of […]