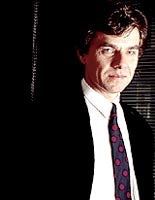 The future of television will continue to be dominated by mass-market, free-to-air broadcasters despite the so-called “digital revolution”, claims Richard Eyre, former director of strategy and content at RTL Group.

Eyre – who left RTL Group, the owner of Channel 5 and Pearson TV, in a blaze of publicity last month (MW March 22) – was speaking at the annual conference of the Incorporated Society of British Advertisers. He said that the digital TV market had “got carried away” with the speed of the technology and undervalued the conservatism of viewers.

There has been speculation that Eyre, who was previously chief executive of ITV, is a possible future chief executive of magazine publisher EMAP, replacing Kevin Hand who is rumoured to be on his way out. EMAP declines to comment.

At the same conference, Lord Borrie, chairman of the Advertising Standards Authority (ASA), called on the advertising industry to take action if it wants self-regulation to be extended to broadcast media.

He said that if advertisers want a one-stop shop for regulation, they will have to make the case for it, rather than expect the ASA to make all the running on their behalf.