“We are myopically focused on serving the Formula 1 fan. We certainly want to pay close attention to the avid fan, but at the same time we’re trying to bring new fans into this sport and we think we have an opportunity to serve both.”

Bratches, formerly executive vice president of sales and marketing at sports media company ESPN, has placed fan centricity firmly at the heart of the marketing strategy since joining to oversee the shake-up of Formula 1’s commercial operations following the sport’s acquisition by US conglomerate Liberty Media in January 2017.

Speaking to Marketing Week ahead of the British Grand Prix on Sunday (8 July), Bratches describes this as a very exciting time to be an F1 fan, as the sport continues to “shock and awe” its community of fans who previously had little exposure to the digital side of the sport.

“In some respects we’re taking the sport from the Sears & Roebuck catalogue to the internet in lightspeed,” Bratches laughs.

“We launched our first ever marketing campaign in the 68-year history of the sport this year under the auspices of ‘engineered insanity’ – the two polarised concepts that play famously together in this wonderful sport. We’re creating topical promos after every Grand Prix, pushing them out globally through paid, own and earned media to tell the stories between the Grand Prix and take fans through this journey.”

The team believe that harnessing the “treasure trove” of data held by Formula 1 will offer great opportunities for fan engagement.

The data ranges from an entire video archive dating back over six decades to the 1,500 points of data being pushed out every second by each of the 20 cars taking part in the Grand Prix. To better harness this trove of information, in June F1 signed a partnership with Amazon Web Services, which will see the companies work on migrating this wealth of data to the cloud.

Whereas previously the data had not been leveraged from a commercial standpoint to serve fans or even provide insights for the F1 teams themselves, Bratches wants to “unleash” all this information to tell untold stories.

The idea is to bring fans closer to what, head of global sponsorship and commercial partnerships Murray Barnett admits, is “quite a technical sport”.

“On the surface of it it’s great because it’s quite simplistic in the sense that the fastest car with the best strategy, best team behind them and the best engine should win the race, but once you get below that level it’s like ‘what is the right strategy?’,” Barnett explains.

“It’s about trying to find that language for the fan that helps draw them in. We think about it as these concentric circles, where you’ve got hardcore fans in the middle and those fans that sit on those outer rings. So how can we get more buy in from them and improve their enjoyment to solidify them as more of a regular fan?”

He images a situation, in the not too distant future, where fans could use the data to work out who is the best former champion, say comparing Ayrton Senna in a 2016 Red Bull, with Michael Schumacher in a 1950s Ferrari and working out who would win in a fictional race.

When Bratches joined Formula 1 he explains that not only was there no research department, there was no research at all.

One of the first things he did was commission a global brand study talking to 10 avid fans across four continents for seven hours over two days. Formula 1 also undertook six focus groups of 10 people on each continent, including super fans and casual motorsport fans, to learn more about the perception of F1 worldwide.

Out of this research came the sports’ new mission statement – to unleash the greatest racing spectacle on the planet – and also what Bratches describes as its five north stars.

The first north star revolves around ‘putting the spectacular back into the spectacle’ and plays into F1’s vision for the future development of fan zones and fan festivals.

“When you go to an Arsenal vs Tottenham game you go for a few hours and you go home. When you come to a Grand Prix, you’re here for three to four days,” he explains.

“We have a very high bar in terms of engaging fans, not only on the track with the Grand Prix and our support races, but we want to engage them, entertain them, surprise them and delight them in many different ways.”

Formula 1 has four fan festivals planned this year in Shanghai, Marseille, Miami and Milan, with plans to ramp up the activity in 2019. F1 cars will run along the streets of the city, while fans can engage directly by changing a tire, standing on the podium or attending talks with drivers past and present. The team are also branching out into nightlife with the launch of late night party concept, F1 House.

Barnett explains that the ultimate goal is to create a great entertainment experience for the 300,000 who attend each Grand Prix weekend. He argues that a family should be able to attend the race and even if they don’t see a moment of on-track action come away having had an amazing experience.

“The way you see the market going now, people are searching for unique experiences. I was at Wimbledon this week and I’m certain that 50% of the people, if not higher, are not tennis fans,” he reflects.

“They go because it’s Wimbledon and they get to have Pimm’s and strawberries and cream, and yes they get to see great tennis action, but it’s greater than the sum of the parts. That’s what we want to create, but we’re trying to do it 21 times a year.”

Over the coming weeks the TV channel will roll out to iOS and Android, with plans in the works to extend to connected televisions and consoles. As part of this project the sport with also be making F1 TV content available across Amazon channels, although Bratches explains that subscribers will not be able to watch Grand Prixes via Amazon Prime.

While in some respects Formula 1 is catching up with the rest of the marketplace because it failed to exploit the opportunities of digital over the past decade, Bratches recognises that the sport can now do so with “no legacy issues”.

“We often say that this is somewhere between a startup and a business turnaround. When Chase [Carey, CEO and chairman of Formula 1] called me and asked me to come and run the business, he didn’t tell me until I got to London that there was not a business here,” laughs Bratches.

“Murray has the distinguished title of the being the first head of sponsorship ever at Formula 1. We got our first head of marketing, digital, research and strategy. So we very much feel that we’re operating in a startup mode in many respects.”

Bratches describes himself as being gifted the unique opportunity to source the “best edit of executives” available, because there was no one already in those chairs. It was, he explains, like being a startup with a hurricane gale force behind its sails.

Looking at the fan driven opportunities that existed in the market, Bratches devised a commercial division with 10 areas of focus to drive the business forward in terms of everything from digital and research to strategy and communications.

“As a company we created a strategic plan and we have vision in terms of where we want to go and where we think this sport deserves to play in on multiple fronts,” he adds. “We’re approaching it in a very cadenced and pragmatic way.” 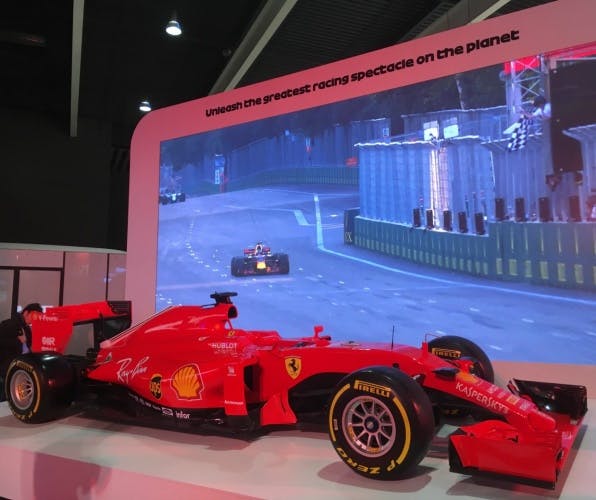 Sean Bratches admits there have been times that he hasn’t known whether to “laugh or cry” as he tries to get under the skin of the brand for the first time. 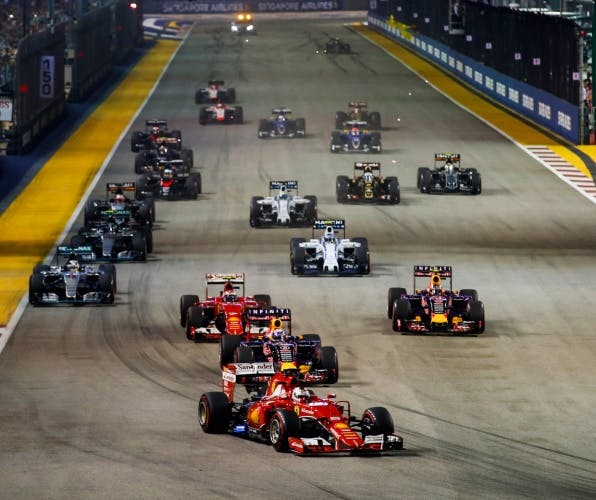