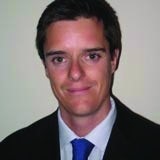 He will lead the marketing of FA assets including Wembley Stadium, the FA Cup and the England national teams.

Wells replaces Simon Freedman, who left to become head of sponsorship at O2 earlier this year.

The appointment will be a fillip to the FA, which has endured a difficult 12 months that has seen it lose a number of key staff including chief executive Ian Watmore and chairman Lord Triesman.

It has sought to stabilise by naming chief operating officer Alex Horne general secretary, chief executive in all but name.

The sport’s governing body has also hired Julian Eccles as group director of marketing and communications and promoted head of broadcast Stuart Turner to lead the commercial department.

Eccles says that Wells, who was earmarked as a Rising Star in 2007, will help the FA develop “informed, vibrant and engaging marketing to reach a wider range of audiences.”