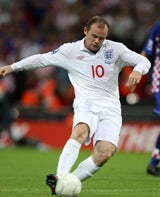 The governing body is looking to boost revenues by tapping into the popularity of English football in the Far East and is also looking to partner with other companies in the region in a bid to “reinforce the England team brand in the international sector”.

The telecoms company plans to launch merchandise using the England crest and or images of England players.

However, the governing body is still looking to secure a headline sponsor for the FA Cup after energy firm Eon announced last year that it would not be extending its partnership beyond this season.

It is also still locked in negotiations with England team sponsor Nationwide about extending the financial services brand’s current agreement after it expires in June but is also talking to other potential partners after the mutual’s right to exclusive negotiations expired.

The FA is understood to want £30m from the deal but Nationwide has only offered £20m. According to some reports, the FA is also talking to Hyundai and Blackberry.