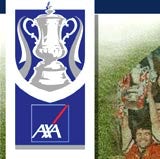 Axa, the French insurance company, looks set to end its association with the FA Cup when its &£25m, four-year deal finishes at the end of the 2001/2002 season.

It is understood that Football Association bosses could decide to leave the FA Cup without a sponsor, helping the world’s oldest club knock-out competition claw back the prestige and exclusivity it has lost in recent years.

Publicly, Axa will only admit that “early discussions” with the FA about negotiating an extension to the deal have taken place.

But it is understood the contract is unlikely to be renewed, as the company believes there are better ways of building the Axa brand and that sponsorship of the FA Cup is prohibitively expensive.

Axa UK head of sponsorship Maxine Longmuir says: “We are only three years into a four-year deal and we haven’t even evaluated the third year yet.

“So far this sponsorship deal has been very good for Axa, and we have achieved our objectives.”

The FA declined to comment as Marketing Week went to press.

The relationship between the FA and Axa has been tense at times, especially after the FA allowed Manchester United, then holders of the trophy, to pull out and play in the inaugural World Club Championship in Brazil. Observers said the decision devalued the FA Cup.

The previous FA Cup deal – with Littlewoods – ended amid rumours that the FA had refused to include the company’s name in the title of the competition.

With Tesco introducing beauty advice for men, and the decline of traditional ‘masculine’ occupations, the most unlikely people are carrying the male flag.

Bass Brewers is launching Blue, a vodka-based “chill-out” drink for clubbers, to complement its “invigorating” alcoholic drink brand, Red. The company is putting &£2m marketing support behind Blue, which contains extracts of herbs kava kava and schizandra. This support includes press ads created by KLP, which handles advertising for Red. Media buying is through BBJ […]

Being able to run cross-platform iTV ads would help make the media more effective, but first we must revisit the ABCs of marketing.