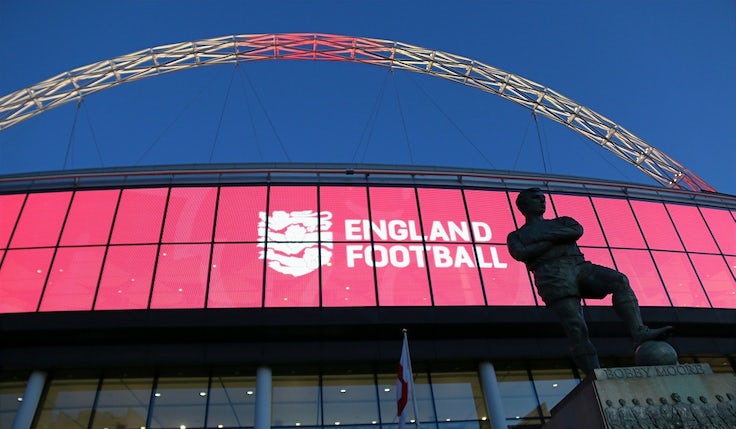 The Football Association’s (FA) launch of its England Football digital hub and revamped Three Lions logo is a timely reminder that the game belongs to everyone. And that there’s a direct line from non-league games played on a windswept playing field in front of a few hundred hardy souls (and a smattering of dogs watching with their owners from the touchlines) to a jam-packed Wembley Stadium hosting an England international broadcast around the world.

With the Super League fiasco still yet to completely play itself out, and the relationship between elite clubs and their fans looking increasingly fractured, the England Football concept and attendant campaign is a celebration of the sport’s universal appeal. Players, coaches, fans and even referees, can connect online and participate in games, form teams or train together.

The FA’s inclusivity drive finds a neat representation in England Football’s reworking of the national team’s classic Three Lions crest, now reworked to include a lioness and a cub.

That the marketing function was able to push the rebrand through the association’s nationwide network of boards and committees is testament to the enthusiasm of the FA’s head of marketing Georgina Lewis and her colleague, commercial and marketing director Kathryn Swarbrick.

Plans for England Football had to be shelved under lockdown, with the launch date pushed back by a year. That doubtless caused a headache or two, but Lewis and Swarbrick really couldn’t have picked a better moment to wave the flag for the vital grassroots of the beautiful game. MB

Gousto’s marketing success is rewarded with a hiring spree 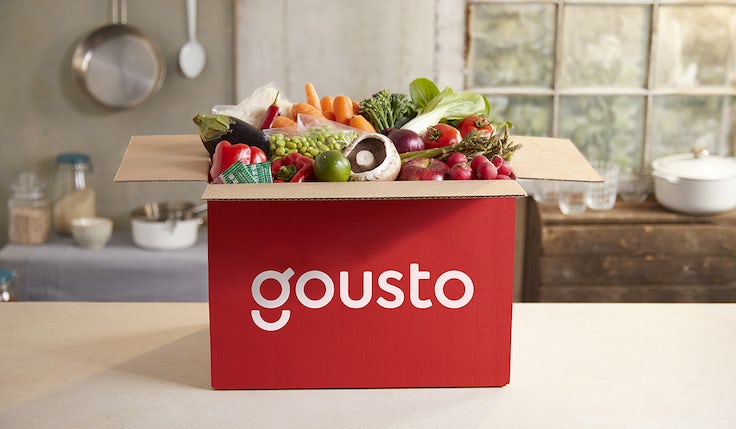 Recipe box brand Gousto has gone from strength to strength over the past decade, from a startup in 2012, to a small brand with just 5% awareness in 2016, to posting its first underlying profit of £18.2m last year.

And one of the key contributors to this growth has been marketing, with the brand’s CMO Tom Wallis highlighting just how important it was to build credibility and trust among the wider business. This came from setting out a clear strategy with realistic targets, before then communicating how these goals had been achieved.

Having delivered on its promises and shown the impact marketing can have on the brand’s growth, Gousto is now “rewarding” this success – as Wallis sees it – by almost doubling the size of its marketing team.

“Delivering on one’s promises is a really good way to gain credibility [and] gain trust for your marketing team in future,” he said.

Wallis underlined the importance of rooting all marketing plans in data evidence and ensuring the team is “financially literate”, which helped it prove the value of marketing and meant the business was more willing to invest.

It’s a positive marketing story and shows that developing a clear strategy with realistic goals and communicating it in a way the rest of the business understands will give marketing the platform it needs to drive future growth. LT 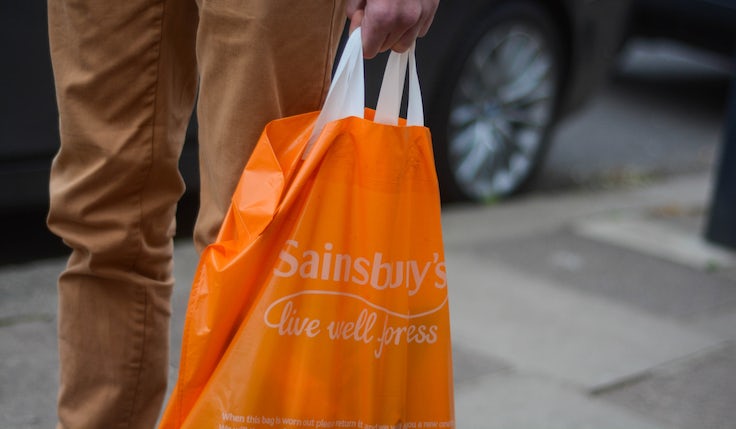 Sainsbury’s has brought in some blue chip department store talent to help steer the future of its general merchandise and clothing business.

Former John Lewis managing director Paula Nickolds is to take on the £7.8m portfolio that stretches across Sainsbury’s, Argos and Habitat, encompassing the Tu clothing brand and the bulk of the supermarket’s non-food offer. As general merchandise and clothing commercial director, Nickolds will take over from Mike Luck, who is leaving Sainsbury’s after 18 years at the company.

Nickolds left John Lewis at the end of 2019. She had been due to take on a single brand role in charge of both John Lewis and sister company Waitrose, but plans for the role were ditched. She had been at John Lewis for 25 years, having joined as a graduate trainee.

That experience is appealing to Sainsbury’s, which has incorporated brands such as Habitat and Argos into its larger supermarkets to create an offer not unlike an accessible department store.

Sainsbury’s chief executive Simon Roberts says: “I am certain that under her leadership, our brands that deliver – Argos, Habitat and Tu – will continue to delight our customers and support everything we are doing in food. Paula brings deep experience in product, brands and commercial leadership and she has a passion for understanding and delivering for customers.”

General merchandise sales at Sainsbury’s were up 8.3% in its most recent results, for the 52 weeks to 6 March. These sales were achieved during lockdown and slightly exceeded the growth in grocery sales, which reached 7.8%. The growth in online sales during the period saw 102% growth.

“I’m excited to be joining Sainsbury’s. It is a retailer with fantastic heritage that is trusted by customers for its great combination of quality and value. It’s an important and dynamic time for the retail sector and I am thrilled to join the team for the next phase of growth and innovation,” says Nickolds. MV

READ MORE: Sainsbury’s, Selfridges, Polestar: Everything that matters this morning 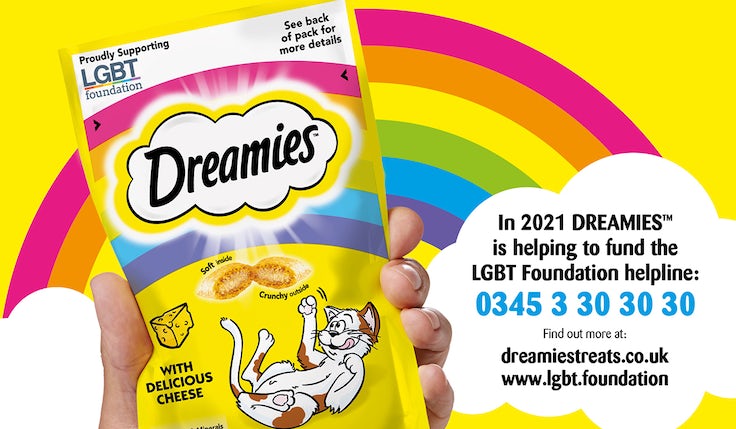 The wider Mars organisation has a reputation for a being a purpose-led business, one that has made sustainability a KPI and uses its scale to push for gender equality.

Now the pet care side of the company has decided to ramp up its support of the LGBTQ+ community and publicise its partnership with the LGBT Foundation, a tie-up 18-months in the making. Crucially, rather than expressing its purpose purely through communications as many brands do, Mars has given its Dreamies cat treat brand a new look rainbow packaging, featuring the LGBT Foundation helpline front and centre.

The brand has based its partnership on research, which highlighted the intersection between pet ownership among the LGBTQ+ community, the positive impact animals have on mental health and the abuse faced by LGBTQ+ people during the pandemic. The research convinced Mars Petcare this was a space where it could add real value.

Using the reworked Dreamies packaging as the first outward expression of the partnership, the company is backing its support of the LGBTQ+ community internally. Mars Petcare has adopted an “inclusion first strategy” focused on developing an inclusive workplace that creates the breeding ground for diversity.

Awareness training has already been launched to tackle discrimination, hate crime and minority stress. Line managers are also being trained to pick up on unconscious bias and the brand’s equal parental leave policy covers non-binary and same sex families.

While at first sight it might seem like a tenuous connection, Mars Petcare has built a compelling case for its support of the LGBTQ+ community both internally and externally. From putting its support of the LGBT Foundation front and centre on the Dreamies packaging, to spending years promoting an inclusion first mentality internally, the company has committed to this purpose on multiple levels, which should set the partnership up for success. CR

READ MORE: Mars Petcare on taking its support of the LGBT community ‘to the next level’

British Airways takes to the skies 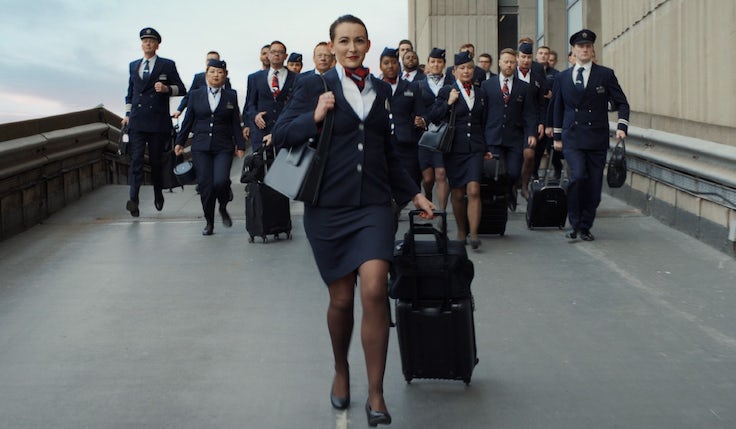 After spending over a year in hibernation the travel and leisure industry is dusting itself down preparing for take-off once more.

British Airways (BA) is one such brand looking to convince holidaymakers to make its services the preferred travel method to satisfy wanderlust desires and shake off lockdown cobwebs.

Considering the heft in brand recognition BA has in the UK, it is now betting on driving an emotional connection through out-of-home and TV in its latest campaign. Marketing has “a big role” to play in getting the airline back on its feet head of brand and marketing, Hamish McVey, said.

And he believes film is the best way to bring across more emotive messages and tap into the social consciousness of the British public.

Indeed, there is much to recover from with parent company International Airlines Group (IAG), posting an eye-watering record €7.4bn (£6.4bn) loss over 2020, and passenger revenues plummeting by 75% from €22.4bn to €5.5bn.

But the future is bright if vaccinations are conducted at a steady rate and new variants of Covid-19 do not prove as stifling as the original.

There is an incredible amount of pent-up demand for travel in the UK. Just casually scrolling through social media will reveal several “gasping for a holiday” posts.

On a more statistical level, YouGov says Brits have saved up an average of £4,500 under lockdown, with a fifth saying they will spend more than half if normality is restored.

READ MORE:‘Marketing has a big role to play’: British Airways on the brand’s recovery post-pandemic 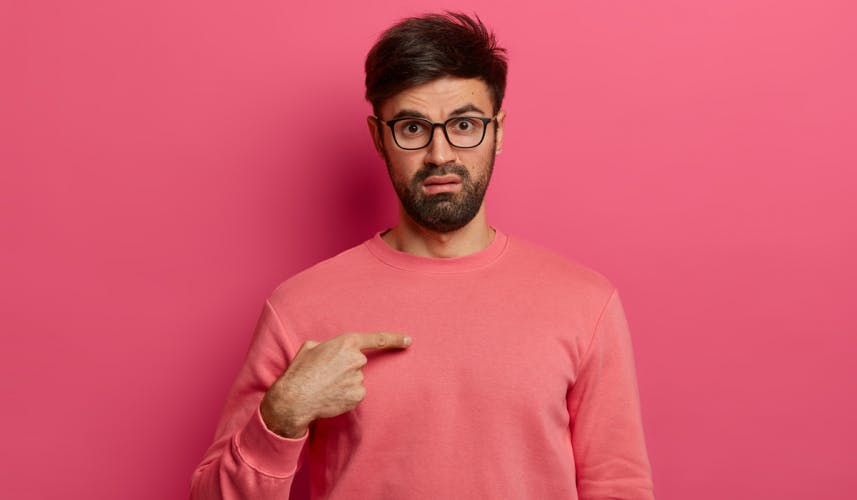 Marketers too often develop a limiting set of beliefs about who they are, what they do and how they behave. If you’re frustrated with your career this is the first place to look.