Oculus Rift VR’s flagship product is the Oculus Rift headset, which has been on display at various technology trade shows over the past year. It allows users to experience the full gaming environment by sending “immersive” images to screens placed inside wearable goggles.

The start-up company was founded in 2012 and has raised about $75m in funding from investors and a further $2.4m from crowd funding website Kickstarter. The headset is not yet available to consumers but last week Oculus began taking orders on a new developer kit to allow more developers to create compatible software to use with the device.

In a statement released last night Facebook’s founder and CEO Mark Zuckerberg said the company wants to make Oculus a platform for other experiences beyond gaming such as “enjoying a court side seat at a game”, studying in a classroom or to create a virtual reality doctor’s consultation.

He adds: “This is really a new communication platform. By feeling truly present, you can share unbounded spaces and experiences with the people in your life. Imagine sharing not just moments with your friends online, but entire experiences and adventures.

“These are just some of the potential uses. By working with developers and partners across the industry, together we can build many more. One day, we believe this kind of immersive, augmented reality will become a part of daily life for billions of people.”

In the UK, mobile operator and England Rugby sponsor O2 has started experimenting using Oculus Rift to create an immersive behind-the-scenes set up on match days.

In the immediate future Facebook plans to “accelerate” Oculus’ existing moves to create virtual reality gaming experiences by helping the start-up build its product and develop partnerships. Facebook says Oculus will continue to operate independently to achieve this.

The acquisition is the latest attempt by Facebook to gain a foothold in the gaming space. In a conference call following the acquisition announcement Zuckerberg said about 40 per cent of the time people spend online is spent gaming, while 40 per cent is on social. “You need to fuse both of those together,” he added.

While many users do use Facebook to play games, 90.7 per cent of Facebook’s revenue was generated by advertising in its fourth quarter and just 9.3 per cent from payments – such as for virtual goods within games – and other fees.

Sales of video games are set to grow 10 per cent globally in 2014 to $62.2bn, according to Strategy Analytics’ Video Games Forecast, highlighting the opportunity Facebook has seen to enter a growing and lucrative vertical.

However, the Facebook acquisition – a deal that includes $400m in cash and more than 23 million Facebook shares – has drawn scorn from some of the gaming community.

Creator of the popular building game Minecraft, Mojang founder Markus Pearson took to Twitter shortly after the acquisition was revealed last night to announce the company had just cancelled a deal to bring the game to Oculus. He added: “Facebook creeps me out”.

Early Oculus Rift VR investors have also been unsettled by the deal, with some on the project’s Kickstarter comment page asking for their original pledges back.

One investor, John Wolf, wrote: “I would have NEVER given a single cent of my money to Oculus if I had known you were going to sell out to Facebook. You sold all of us out. I hope this backfires horribly for Oculus and Facebook. I will personally discourage absolutely anyone I know from buying what was once an indie dream and is now a soulless corporate cash cow. God, I want a refund so badly.” 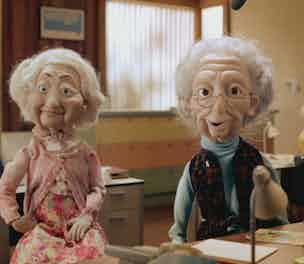 The Government has rejected calls from an influential group of MPs for a ban on payday loan adverts appearing on children’s and daytime TV. 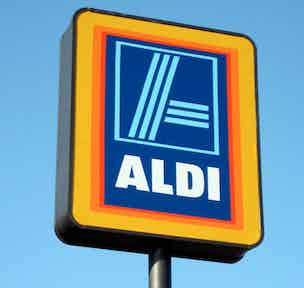 Aldi says its remains “committed” to its Swap & Save  marketing message despite the ad regulator banning one of its TV ads, after rival Asda complained that the challenge was “misleading”.