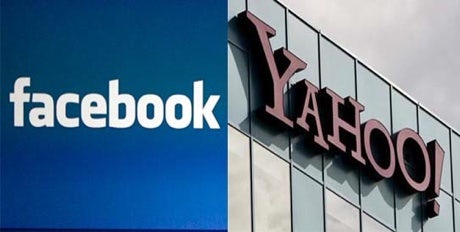 Yahoo! sued Facebook in March, claiming the social network had infringed 10 of its patents, including those for online advertising. Facebook filed a countersuit in April.

The two companies have now agreed to work together on advertising offerings during major media events, like the Olympics or the Premiership, and the cross-licensing of patents.

They claim the partnership will provide branded advertisers with an “unmatched opportunity” by combining the premium content of Yahoo! with the reach of the world’s biggest social network.

It is understood Yahoo!’s interim CEO Ross Levinsohn quickly sought to initiate talks with Facebook’s COO Sheryl Sandberg shortly after former CEO Scott Thompson left the business after he was found to have lied on his CV.

Yahoo! had  been criticised for filing the lawsuit as a cheap way to attain cash from the social network as it was preparing for the largest IPO Silicon Valley has ever seen.

Sandberg says in a statement: “Yahoo’s new leaders are driven by a renewed focus on innovation and providing great products to users. Together, we can provide users with engaging social experiences while creating value for marketers.”

Facebook has been working to expand its patent portfolio and has paid more than $600m (£388m) to buy hundreds of patents from companies such as IBM and Microsoft in recent months to strengthen its defences against potential future litigation.