The new campaign, which is targeted at 18 to 24 year olds, directs young Facebook users to the government’s voter registration page as it aims to communicate the ease of the process by making student-specific cultural references.

“Turning 18 is an important rite of passage for young people, and gaining the right to vote in a General Election year is a huge part of that,” said Michael Abbott, head of campaigns at the Electoral Commission.

“We saw at the Scottish Independence Referendum that young people can be one of the most engaged groups in our democracy, but they need to know that they can only have a say if they’re registered.”

The decision to allow Scottish 16-17 year olds to vote at the Referendum has been praised in some quarters after it resulted in a 75% voting turnout [ICM].

However, at the 2010 general election, only 44% of British 18-24 year olds turned out to vote – 10% fewer than the same age group’s turnout at last year’s Scottish Independence Referendum.

The Electoral Commission – pointing to a recent YouGov survey, which found that 53% of 18-24 year olds didn’t realise they could register to vote online – says it will now drive its communications around the registration process.

It will also be using mobile advertising for the first time, with young people on EE, O2 and Vodafone networks set to receive SMS/MMS messages encouraging them to register to vote in the run-up to May.

“The commission will continue to use different technologies and platforms such as Facebook to get its registration message across to students and young people,” pledged Abbott.

The Electoral Commission says that in its recent analysis of the electoral registers, it found that university towns and cities had larger falls in the number of people added to their registers compared with other places. While, as of 1 December 2014, there was a 33% fall in the number of ‘attainers’ (16 and 17 year olds) on the registers compared with figures published in March 2014.

Over recent years, many UK voters aged 18-24 have become disillusioned with the voting process. This follows failed high-profile pledges such as deputy prime minister Nick Clegg’s promise to completely scrap tuition fees in 2010.

Unilever says today’s launch of IDEAS, a new crowdsourcing platform to help its brands directly invest in start ups through its Foundry initiative, will help it move even closer to finding and investing in the next Facebook. 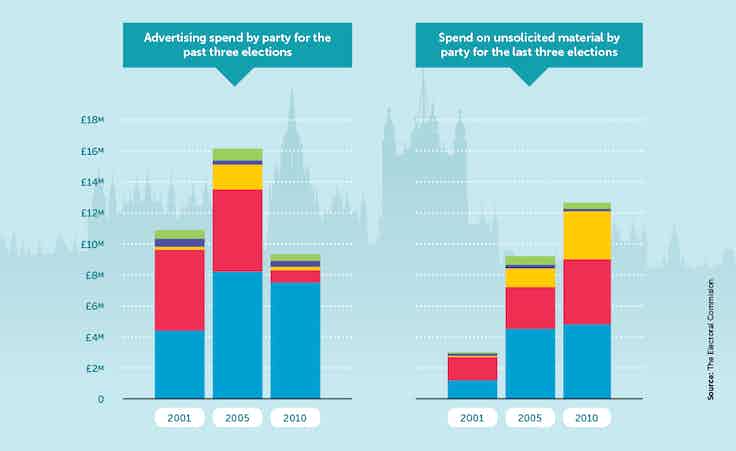