Facebook had already ended the deal with Microsoft across a number of markets, including the UK, where ad sales were brought in-house from 1 January (nma.co.uk 10 December 2009).

It’s now extending this globally, with all ad sales to be taken in-house over the next 30 days.

Facebook is dropping banner ads because the company believes the format distracts from a good user experience. It will instead use its own text and image Ad Space Units format.

Microsoft will continue to be the exclusive provider of web search on Facebook, selling text-based search ads.

Last week Facebook launched a redesign of its home page as it celebrated its sixth birthday and anticipated reaching 400m users (nma.co.uk 5 February 2010). 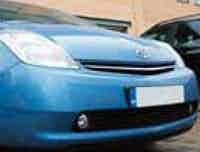 Brands have to stop using tactical corporate methods to silence their customers. Toyota’s president and chief operating officer Jim Lentz sits in front of an autocue, reading a scripted apology for the recall of 1.8 million vehicles because of faulty pedals. The set-up seems desperate and an attempt to save the brand from global humiliation.

John West, the canned fish brand, is looking to boost interest in its products with what it claims is its biggest marketing campaign to date.

The Energy Saving Trust (EST) is searching for a digital agency to take over its online media account.