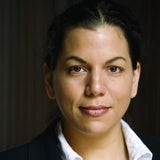 Facebook’s plans for a web 2.0 email service adds credence to the theory that the social network is targeting Google’s market bit by bit, but can the company famous for its privacy problems and stalking issues really topple the global giant that is Google? Guest columnist Judith Lewis gives her view.

Will Facebook become the new AOL and if so, how long will it last? It was not that long ago when the AOL home page was the internet to many people. The first thing upon booting their computer up and entering that great vast unknown of the world wide web was the friendly AOL home page with helpful information and a method of searching the web.

AOL was the web for many people and through that dominant position it sold ads, keywords in search and much more but lack of innovation and the rise of the next new thing meant its time was always limited.

With the recent announcement that it is about to launch Facebook email and is to add Facebook Connect to MySpace at last, Facebook looks poised to challenge Google’s attempted global supremacy.

Facebook’s assault on Google is not restricted to the R&D department. It has poached some high profile executives, as well as some key technical employees from Google in the past two years. Lars Rasmussen, co-developer of Google Maps and Google Wave, Erik Tseng, senior product manager on Android, as well as Elliot Schrage, VP global communications and Sheryl Sandberg, VP global online sales and operations, have all left Google for Facebook and they were not alone. In the past two years there has been a seemingly mass exodus from Google – mostly to Facebook.

In Russia, Yandex still just holds on to a lead over Google as the most popular search engine. In July 2009 it recorded 1.2 billion searches which, while small, places it above Google in Russia and its search results have been lauded by many search professionals.

The new Facebook email will not be normal email either. It will, apparently, herald the next generation of email inboxes, sorting through your email like your mum and deciding for you based on your connections what email is and is not important.

Given the arguments in my household resulting from this happening with real mail, I have trouble trusting Facebook but millions will and it will be serve more ads – probably one of the biggest reasons for launching even more functionality like MySpace and email.

Is Facebook the slayer of the Google dragon or just another lumbering ogre, demanding we change our behaviour to fit the way it has designed their product? Only time will tell but one thing is for certain and that is that given the historical life span of the giants on top, Facebook won’t be there for ever. What is certain is that as Facebook moves increasingly to a single platform where you can totally run your digital life, Google may get left behind.

Judith Lewis is Global Head of Search at Beyond, a digital consultancy. She also blogs for SEO Chicks and runs Mostly About Chocolate.