Facebook’s metrics errors have not altered Mondelez’s view of the platform because it “did not affect what the brand is actually buying”.

Last year Facebook admitted it had overstated how long users watch videos for on its site by up to 80%. It also found that it had also been overstating time spent with Instant Articles, app referrals, and found a bug in its Page Insights, which overestimated organic reach because it did not de-duplicate repeat visitors over seven or 28 days.

Speaking on a panel at The Guardian Changing Media Summit yesterday (15 March) on viewability, Mondelez’s area media manager for northern Europe, Derek Luddem said Facebook’s errors had “not really” affected its view on how useful the platform is.

“[The errors] didn’t affect what you were actually buying. It wasn’t those metrics you were buying inventory on. It comes down to what you were using to evaluate your activity,” he said.

“It’s not great that view metrics were not correct, but how we and a lot of other advertisers would measure the effects of Facebook is through other metrics like clicks to content or reach.”

Luddem added the brand also does its own branding studies and has mini-econometrics models to measure the success of its campaigns.

“The fact that their viewability figures were slightly different, doesn’t [affect us]. We’re judging it on different things anyway, and making decisions based off that. So no, it doesn’t make a great difference to how we perceive it,” he explained.

It’s not great that view metrics were not correct, but how we and a lot of other advertisers would measure the effects of Facebook is through other metrics like clicks to content or reach.

Mondelez is not the only brand seemingly unconcerned by the recent Facebook errors; Just Eat’s CMO Barnaby Dawe, also speaking at the event about brand building, revealed it plans to double investment in the platform this year. And Adidas said earlier this week that it will be ditching TV advertising in favour of digital.

This seems to be in line with WPP boss Sir Martin Sorrell’s recent comments. He said that while brands are worried about fakes news, brand safety and measurement, they are not showing any signs of shifting budgets.

The panel also touched on a speech delivered by P&G’s chief brand officer Marc Pritchard, which called out the “murky media supply system” and issued a rallying cry to the industry to tackle ad fraud and viewability issues.

The FMCG giant recently adopted the Media Ratings Council (MRC)-validated viewability standard of an ad being at least 50% in view for at least one second, and two for video. Yet many brands such as Unilever have called for 100% viewability.

When asked for Mondelez’s view on the matter, Luddem said regardless of what the baseline for viewability is, all its marketing activity needs to reach that standard so the company can be confident its metrics are measured consistently.

“We as an advertiser really mandate that, and we’re starting to measure where we are getting different levels of viewability. You definitely see different levels in different channels and in the ways you’re buying,” he said.

“It then depends on how much you’re paying for those views. If you’re getting 100% viewability for one type of buy you’re doing, that’s great. If that’s three times the cost for something you’re getting 50% viewability on, then actually it’s much more expensive on a cost-per-view basis. But the wastage you’re getting might offset the amount of views you’re getting, so it’s about finding a balance.” 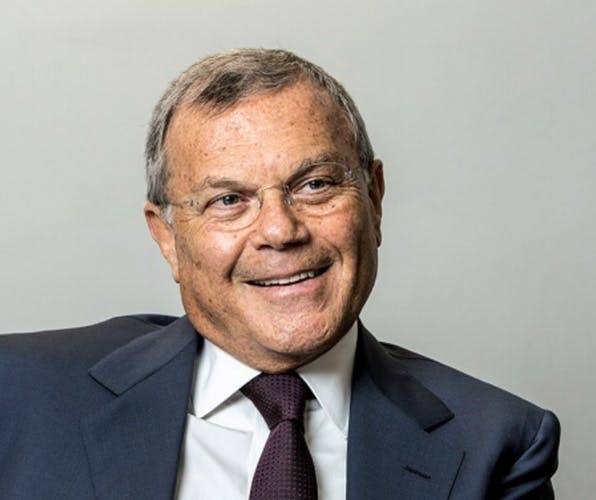 The WPP boss says digital giants such as Google and Facebook should be doing more when it comes to tackling ad fraud and measurement mistakes.