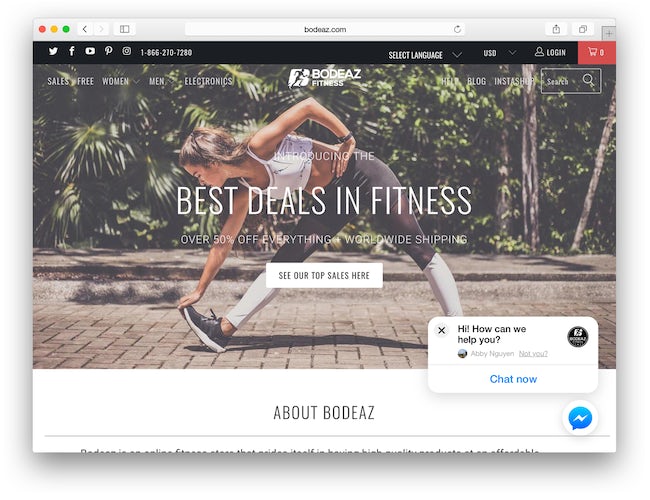 Facebook is making a major push on its Messenger service as it looks to provide marketers with a “more efficient” customer service alternative to call centres.

Facebook is introducing a money transfer tool for the UK market and a new chat plugin, which will allow brands to embed a customer service chatbot directly onto their website. The new services are part of the rollout of Facebook Messenger 2.2 and also include the ability for brands to start sending people sponsored messages.

There will be additional metrics for tracking Messenger performance, while Facebook is opening up its business development tools to new languages including French, Portuguese and German.

Speaking at Web Summit in Lisbon today (7 November), Facebook’s head of Messenger products Stan Chudnovsky said the “sky was the limit” in terms of the chat platform’s transition into a customer service tool. He believes consumers have grown tired of the traditional ways of dealing with a complaint or product query and are looking for a better way to talk to brands.

Chudnovsky explained: “At the moment, you have to call someone up then press ‘one’, then press ‘three’, then press ‘four’ while being put on and off hold. It’s a pain for millions of people.

“The phone model isn’t efficient enough anymore and it’s a lot more efficient for them to be on Facebook Messenger. The sky really is the limit in terms of how big this can become.”

Brands including Argos, Aviva and Air France are already signed up to Messenger and offer a customer service chatbot. But Chudnovsky said one of the key challenges is to make it clear when users are actually talking to humans.

“We have to be transparent and make sure people know whether it’s a bot or a human answering them. The separation has to be very clear,” he added.

Where Messenger can shine is in providing context, he claimed. Rather than having to log onto multiple websites or check emails, Chudnovsky said Messenger can provide a “permanent context” so users are always in the same session and can easily look at records of communication.

He also answered a question on whether Facebook tailors advertising by listening into people’s conversations through the microphones on their devices amid accusations it is doing just that. Chudnovsky dismissed them, concluding: “The human brain is biased to jump to the simplest explanation.

“The reality is people are using Messenger so much nowadays that the possibility of something they talk about then appearing as advertising in their browser is a lot higher. We’re not using anybody’s microphone or listening into conversations to target advertising, I can promise you.” 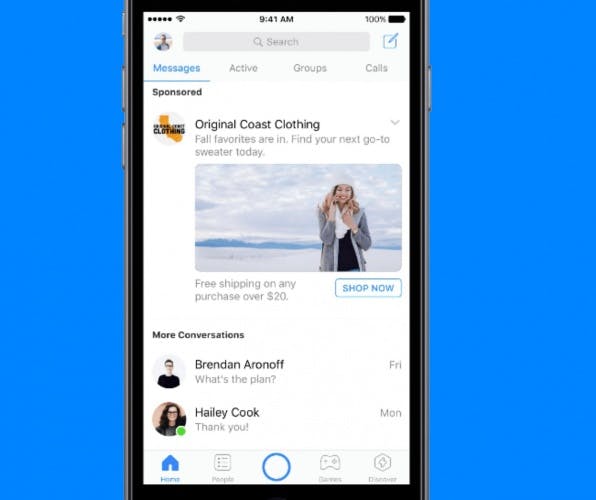 Facebook will start showing users ads on the homepage of its Messenger app as it looks to offer advertisers more ways to reach consumers beyond its core social network. 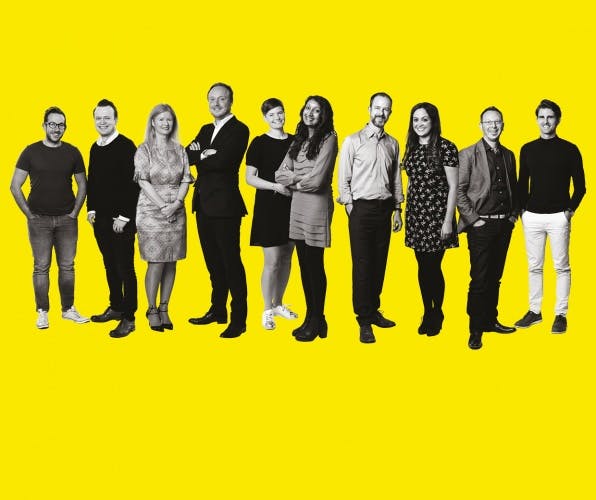 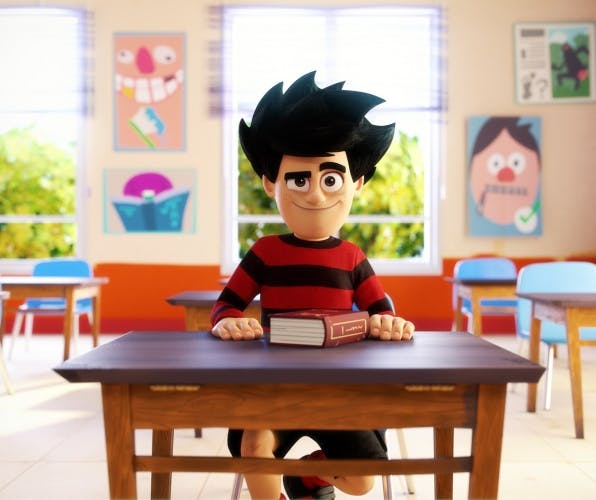 The British children’s comic publisher has undergone a major digital transformation, as it looks to appeal to “underserved” seven to 11 year olds.