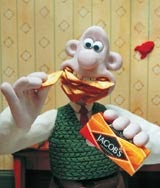 United Biscuits (UB), owner of McVitie’s, has been forced to abandon its 2005 strategy to merge recently acquired Jacob’s Bakery into its portfolio, in the aftermath of a flood at one of its factories earlier in the year.

This has forced the company to put the majority of its new product launches on hold as it struggles to get the factory, which makes McVitie’s and own-label biscuits, back up to full capacity and to restore full distribution.

Retailers say they are becoming frustrated that UB has yet to reveal its plans for the Jacob’s brands – it has not presented any new product launches.

The consolidation of the Jacob’s brands was to have been a key part of UB’s strategy for this year. It was thought that the company planned to review all of the Jacob’s product lines before axing poor performers. The only move so far, however, has been the appointment of UB ad agency Publicis to handle the Jacob’s range.

A UB spokeswoman says that there is no connection between the floods and the speed of consolidation.

One insider says the company has managed to decide which boxed family biscuit assortments to support at Christmas, but that the rest of its consolidation has been delayed by up to nine months.

UB had hoped to restore biscuit supplies by the start of April, but retailers claim it could still take up to six months to get back to normal.

Motorola has bought the intellectual property for Sendo, after the British mobile manufacturer was placed into administration. Motorola’s interest in Sendo was first revealed exclusively in Marketing Week (June 23).

As traditional banks improve their online services, internet banks such as Egg that are facing an uncertain future.

Dairy Council chief executive Jill Eisberg has resigned from her role after nearly three years. Chairman Christian Fox will handle her responsibilities in the meantime.